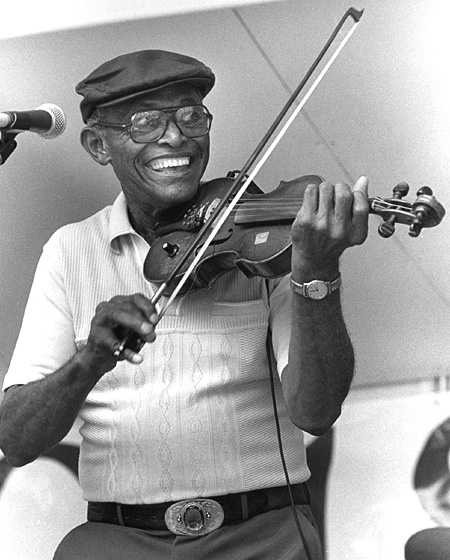 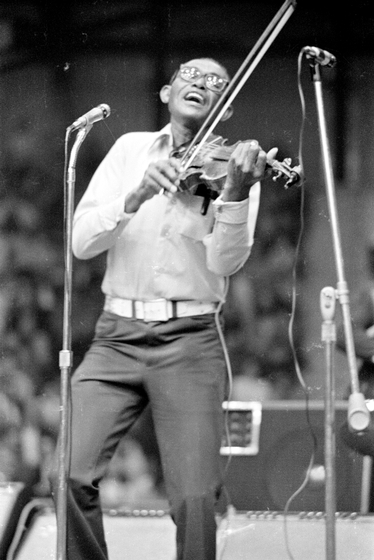 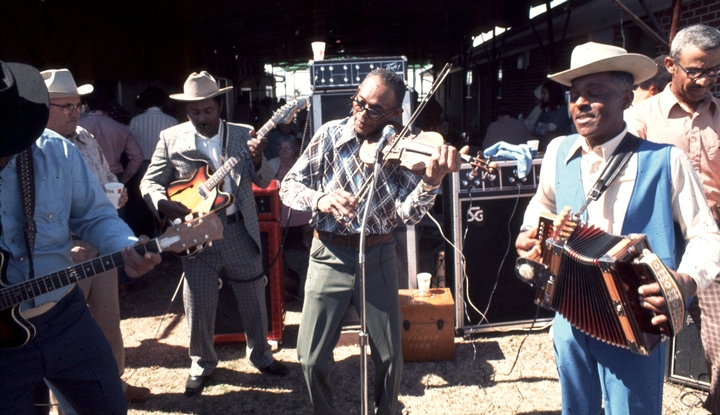 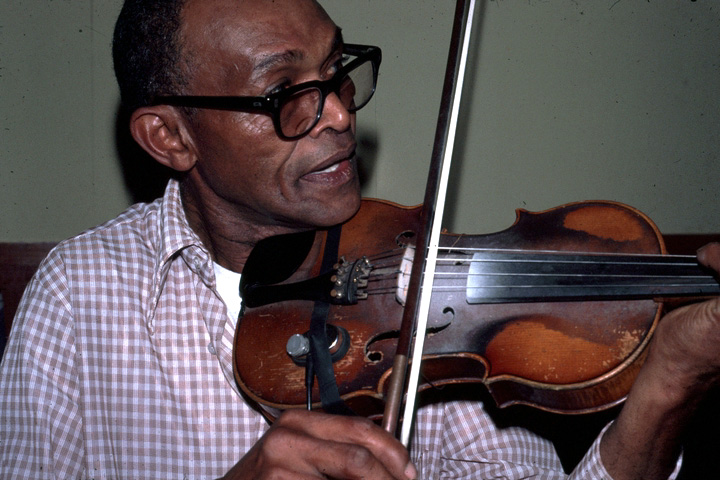 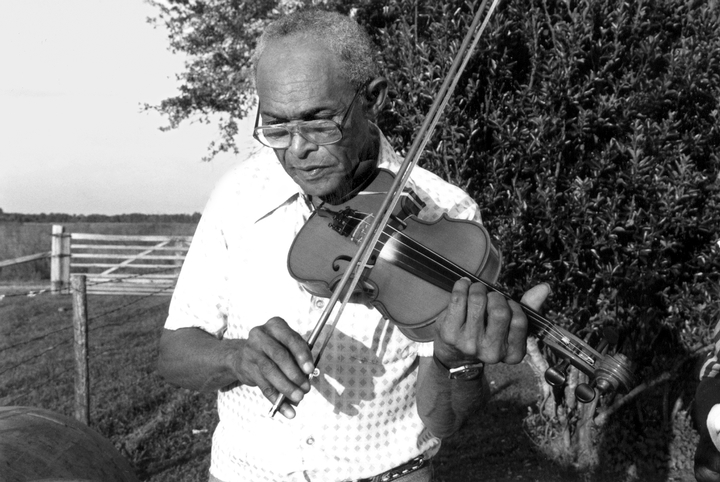 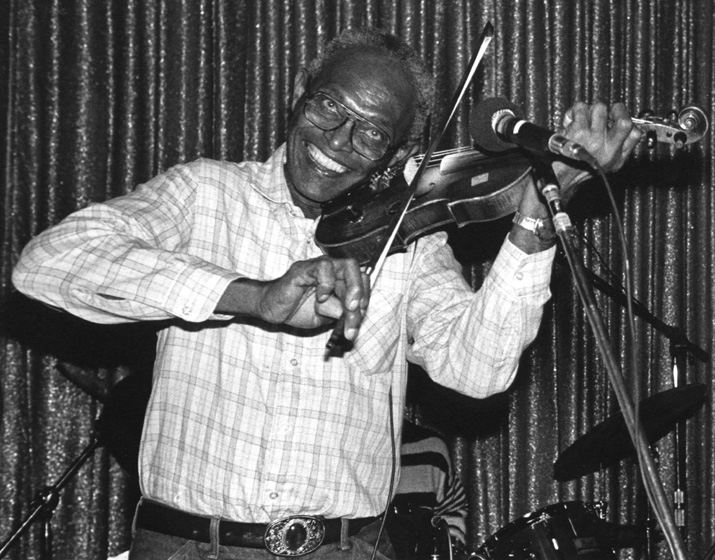 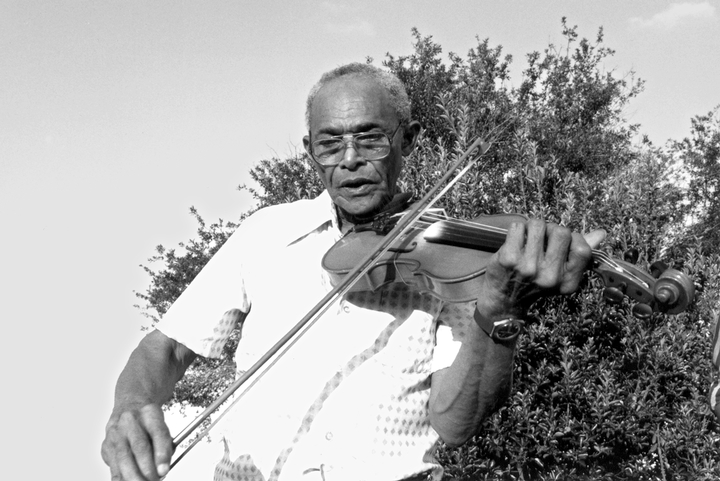 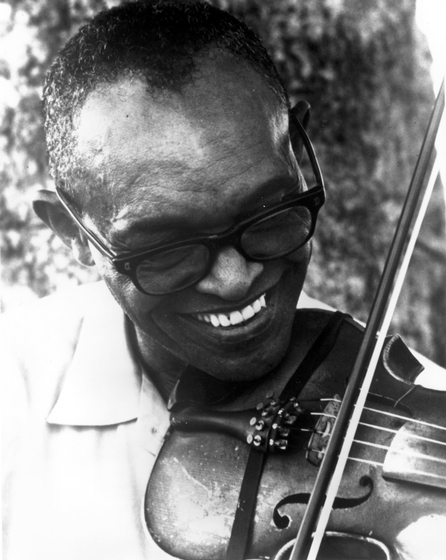 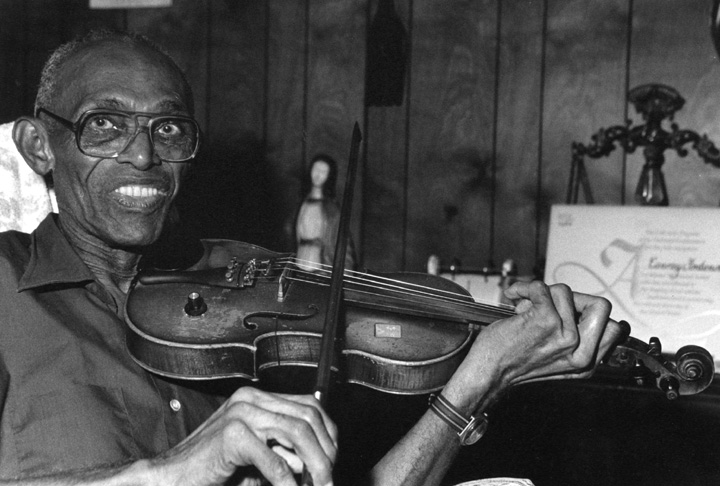 Canray Fontenot's family was originally from the Duralde, Louisiana, area, where his father worked as a sharecropper and cane cutter. Canray was born after the family moved to l'Anse des Rougeaux, Both his father and uncle were button accordion players, but it was his first cousin, Douglas Belair, who was his biggest musical influence. Belair was a fiddler, and Canray, when he was about 9 years old, decided to make his first fiddle with the help of one of his friends. "So, we took some cigar boxes," he said. "In those days, cigar boxes were made of wood. So, we worked at it and finally made ourselves a fiddle. For our strings, we had no real strings ... we took strands off the screen door. We made fiddles out of that stuff, and then we started practicing."

Occasionally, Fontenot visited a neighbor "to see how he tuned his fiddle. He would sound a string, and then I would try mine, but I couldn't go as high as his fiddle; every time I tried to match his pitch, I'd break a string.... But then when he would break a string, I would take the longest end. Then my fiddle sounded pretty good. And that's how I learned. It's just a matter of having music on your mind."

Fontenot continued playing his cigar box fiddle with strings made from others' broken strings until he was about 11 years of age. Around that time his uncle offered to buy him a fiddle if Fontenot would help him save his corn crop. It wasn't a fancy fiddle, but it was the first real fiddle of his own. He began playing with his father, Adam Fontenot, at area dances and weddings. He also played second fiddle to Amédé Ardoin, who often played together with his father. Amédé and Adam are considered the most influential black Creole accordion players of their generation.

When Canray was 14 years old, his father died, and he was forced to quit school and go to work. He labored alongside his mother and sister picking cotton and hired himself out to the Veillon family, who paid him 50 cents a week. Eventually, he got a job cutting wood for paper pulp.

After his father's death, Fontenot began playing with Alphonse "Bois Sec" Ardoin, an accordionist from nearby Duralde. For a short time, he also played with guitarist George Linnis, who sang hillbilly music. "We played all over and we were always booked, too. Then, we got two young fellows to play with us. They were good players, but they had bad manners. I said to myself, 'Oh, well, I'm going to go back and play with Bois Sec.'"

Fontenot and Ardoin played together for more than forty years, making recordings and performing across the United States and abroad. Together and separately, Fontenot and Ardoin were widely acclaimed. Fontenot's fiddle technique was legendary; his loose, Caribbean-style bowing was extraordinary. Over the course of his life, Fontenot mastered the traditional black Creole repertoire, but also created a new form-his self-titled "blues-waltzes," combining blues tonalities, jazz improvisation and Cajun modal scales into a music all his own.

In addition to his fiddle music, Fontenot retained a broad repertoire of songs he had heard as a child, many with archaic French lyrics and including chants from Mardi Gras celebrations and holy days such as Christmas Eve.