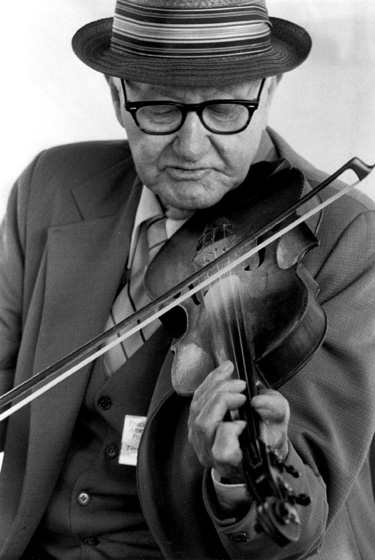 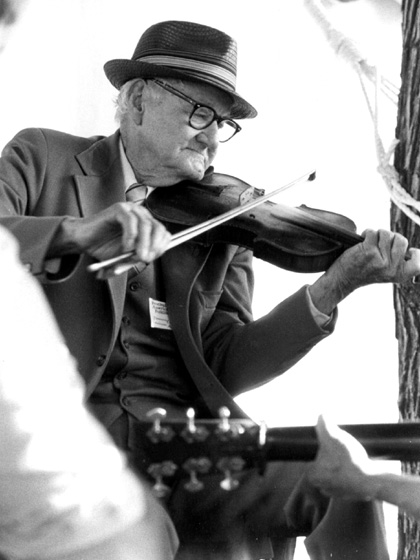 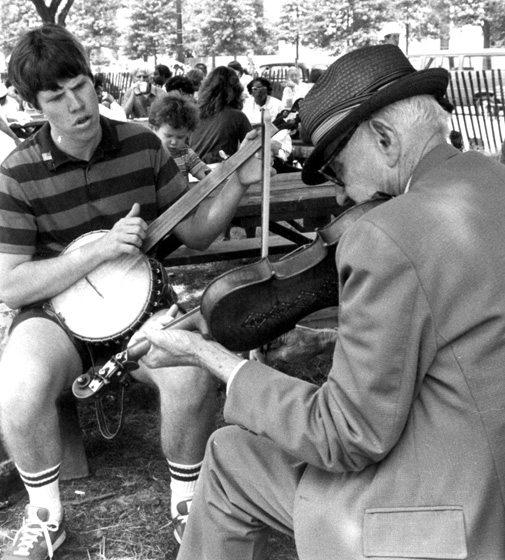 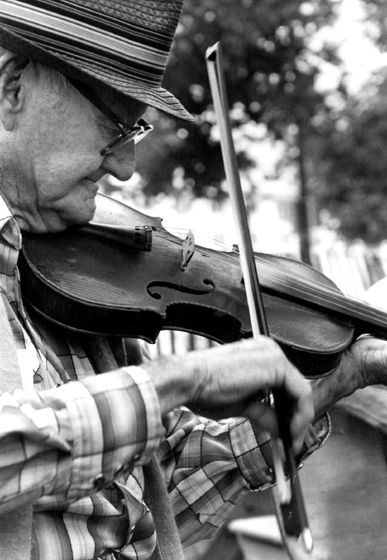 Tommy Jarrell (Thomas Jefferson Jarrell) hailed from a remote area of Surry County, North Carolina, near the Virginia border. He and his ten younger siblings were raised in the Round Peak community of the Blue Ridge Mountains. His father, Ben Jarrell, like his father before him, made whiskey (his grandfather Rufe made apple brandy licensed by the government until Prohibition outlawed its production) and farmed for a living. Ben was also a musician, playing fiddle for DaCosta Woltz's Southern Broadcasters, a semiprofessional band.

As a boy, Jarrell learned to play music on a little banjo, "stained with a pokeberry stain on the neck," he recalled. It was a handmade banjo, a gift from his father. "I don't know what kind of skin it had on it — whether it was calf skin or groundhog hide or what it was. But the little ol’ thing played good." As he got older, he watched his father's fiddling "like a hawk," he said. "Any time he'd take his fiddle out I'd take a strong interest in it," he explained. "I'd pay close attention to how he'd use his bow arm and I'd watch just exactly how he'd note. I was young, about 13, and it would sink in back then." When Tommy practiced the fiddle, he tried to imitate his father's old style of playing, incorporating special bow movements he called "racking the bow" and "catching up the slack."

In the Round Peak area, people congregated to dance and play music after work and on weekends and holidays. Growing up, Tommy participated as best he could at these musical gatherings. At house party dance sessions, Tommy and his Uncle Charlie played in one room, while his father and another man performed in another room. Most of the fifty tunes Tommy knew he learned from his father. Other early influences on his music included Preston "Pet" McKinney and Zack Paine, both veterans of the Confederate Army. The few tunes Tommy learned from them, including "Sail Away Ladies," "Devil in the Strawstack," and "Flatwoods," he called "Civil War tunes."

Although Tommy's performance style on violin was primarily shaped prior to the early 1920s, he did create imaginative variations of traditional tunes later in life. His singing repertoire included primitive Baptist hymns, ballads and unique verses sung to his fiddling. After his marriage in 1923, he looked for more stable work, eventually taking a job as a road grader that he kept for the next forty-one years. During this period, he was able to play fiddle and banjo only in his free time.

In the 1960s, after the death of his wife, Jarrell retired and began to play his music more often. He was recorded by County Records, a label specializing in traditional country music, and accepted apprentices from around the country. In 1981 he received the Brown Hudson Folklore Award from the North Carolina Folklore Society in recognition of his musical talents and his role as a collector and teacher of traditional music. "They'll carry it on after I'm gone," he said of his students. "I've left a little something behind, I reckon."

Tommy Jarrell, 'Breaking Up Christmas,' recorded live at the 1982 Festival of American Folklife in a program honoring the National Heritage Fellows, Washington, D.C., courtesy National Endowment for the Arts

Tommy Jarrell, 'John Brown Dreams the Devil is Dead,' recorded live at the 1982 Festival of American Folklife in a program honoring the National Heritage Fellows, Washington, D.C., courtesy National Endowment for the Arts

Tommy Jarrell, 'Jack of Diamonds,' recorded live at the 1982 Festival of American Folklife in a program honoring the National Heritage Fellows, Washington, D.C., courtesy National Endowment for the Arts