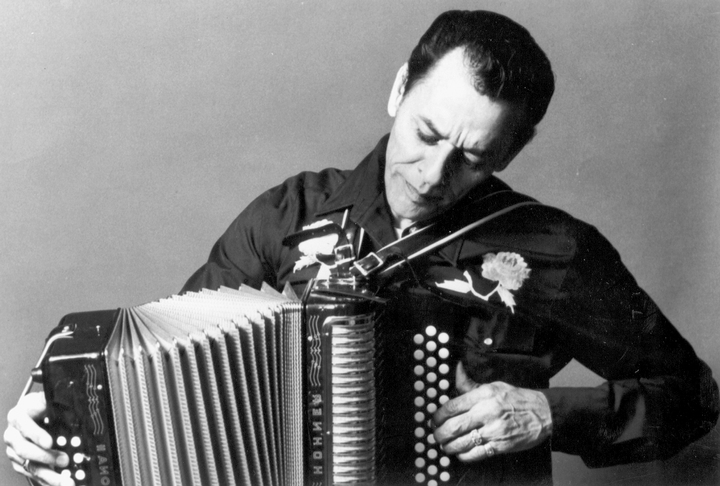 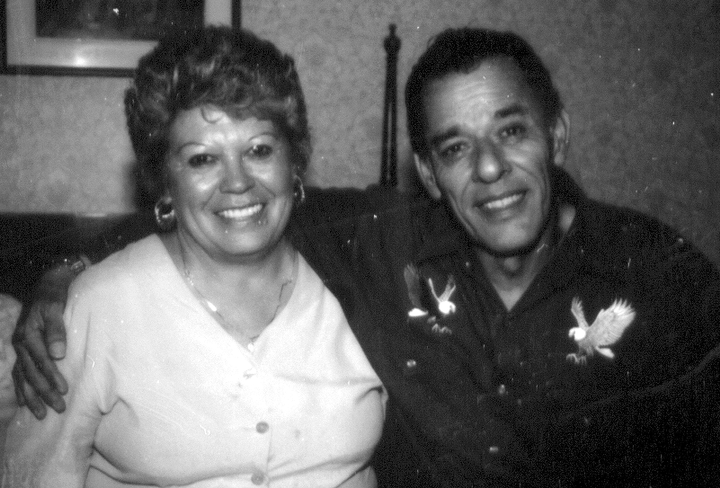 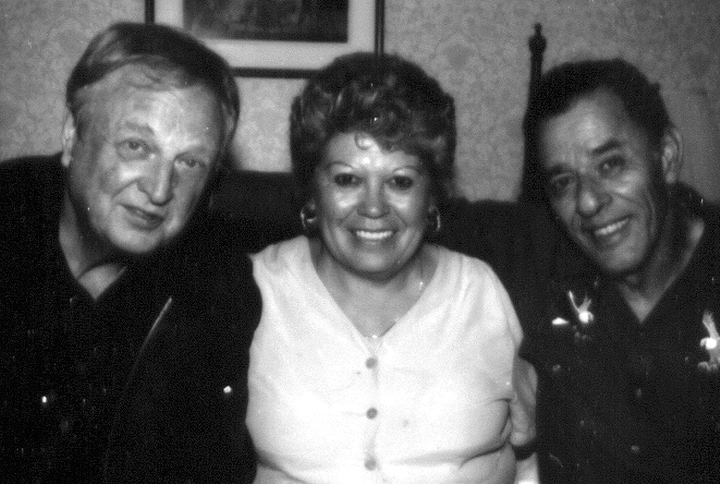 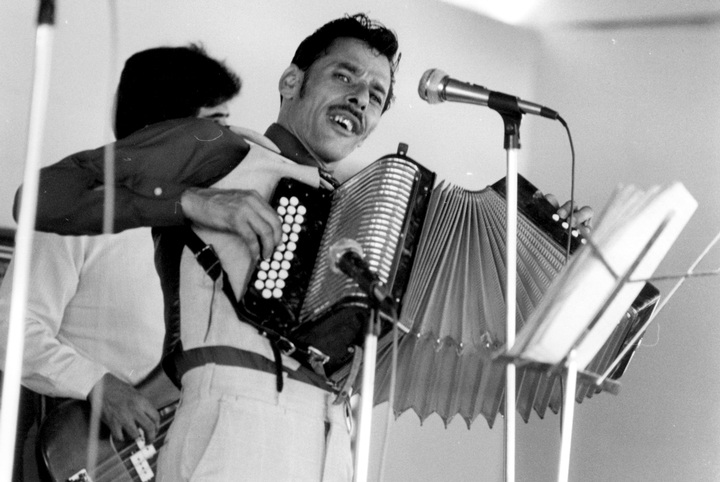 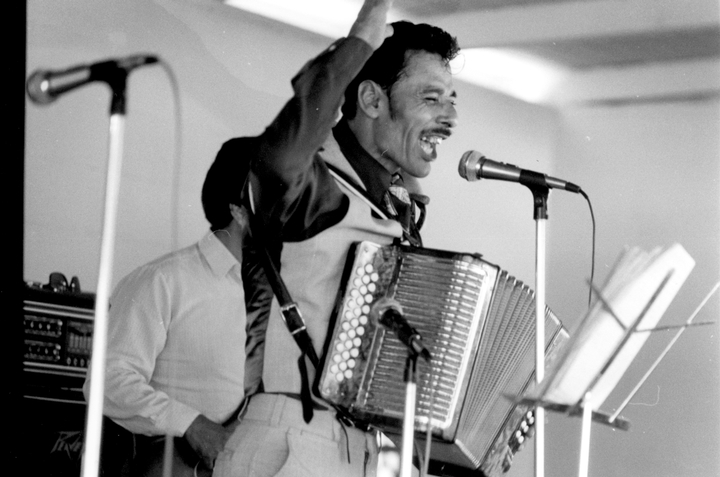 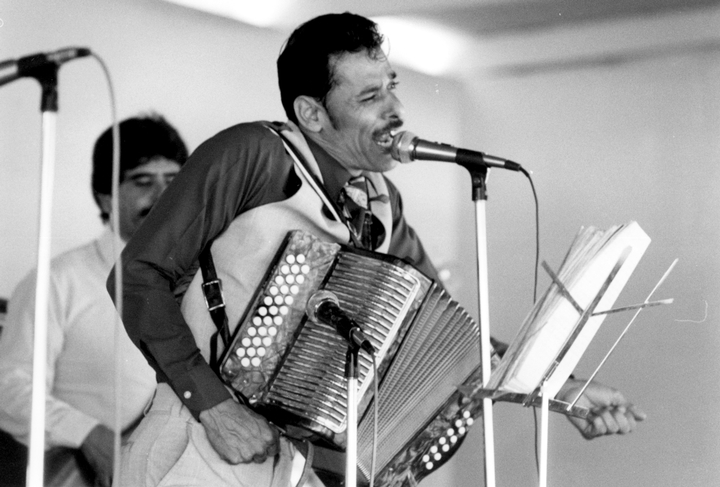 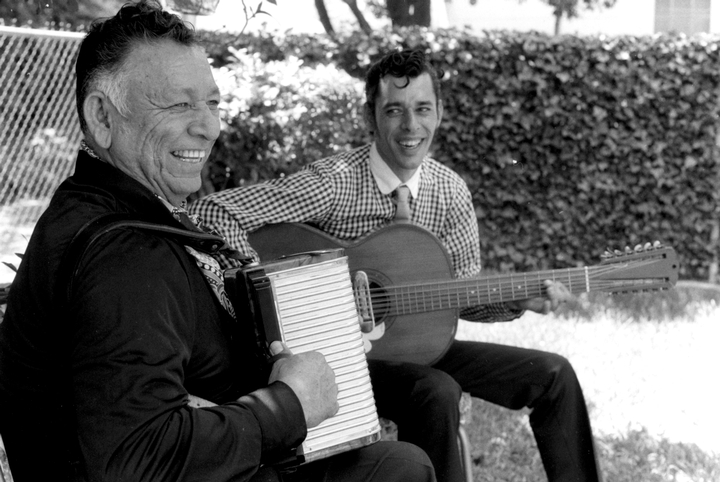 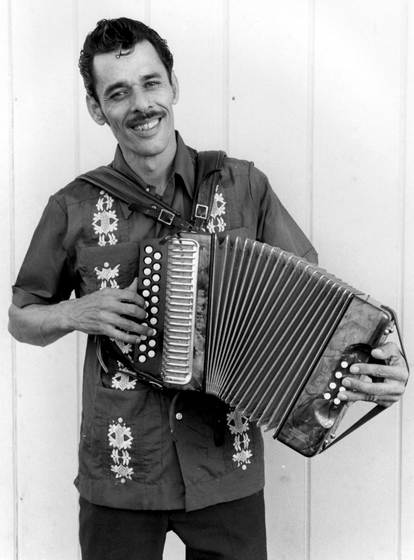 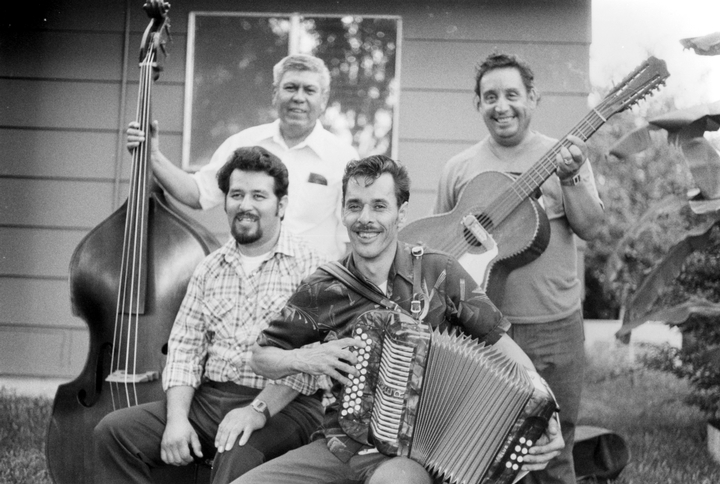 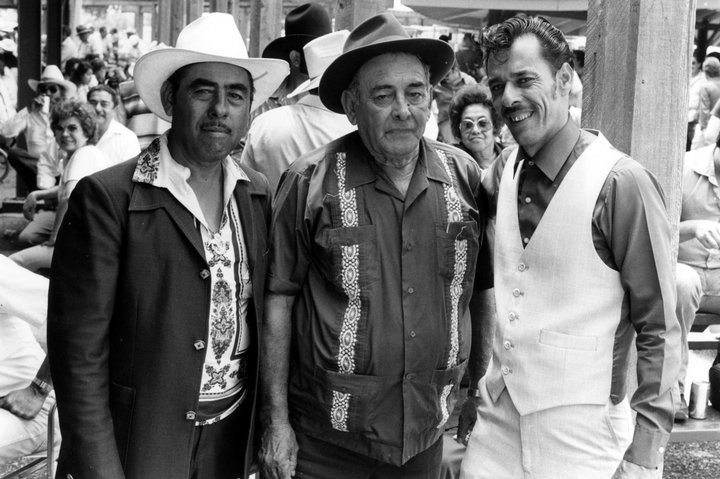 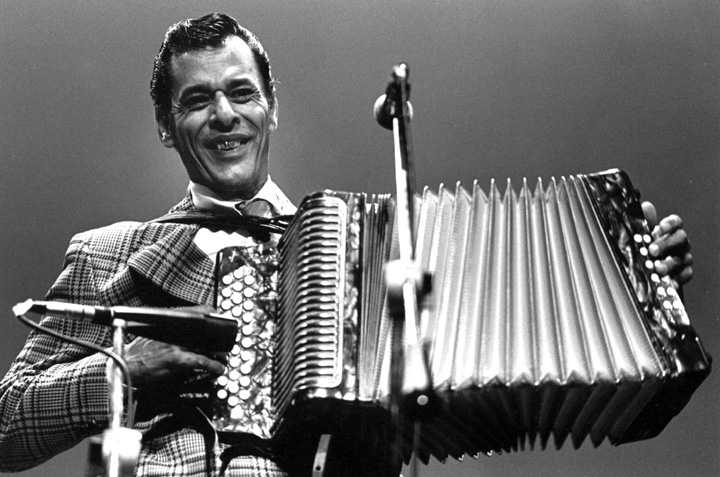 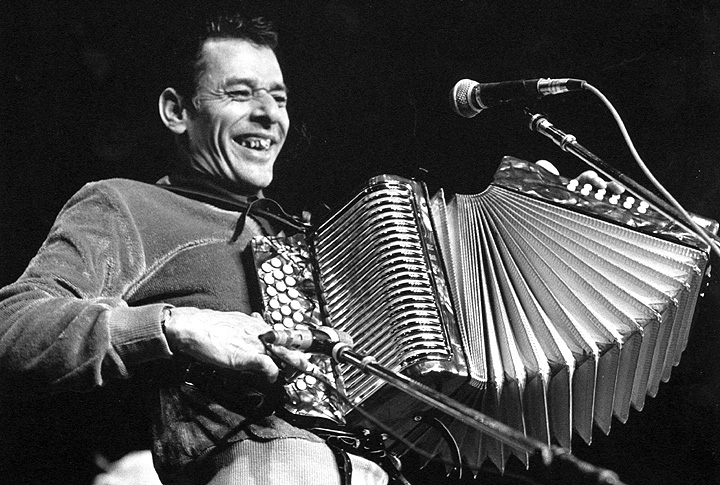 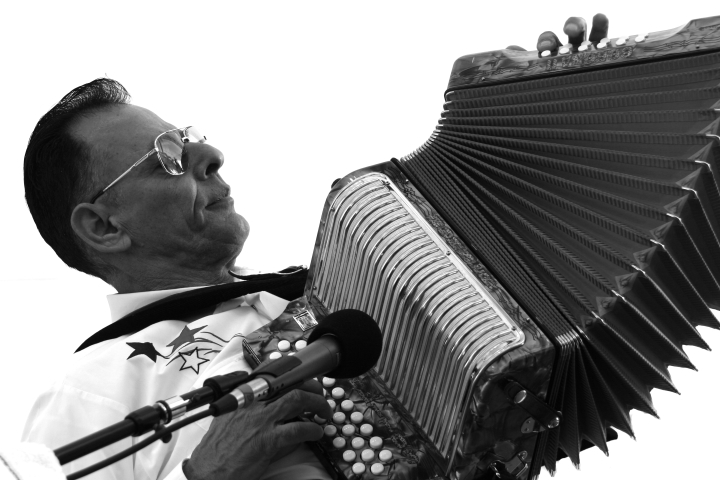 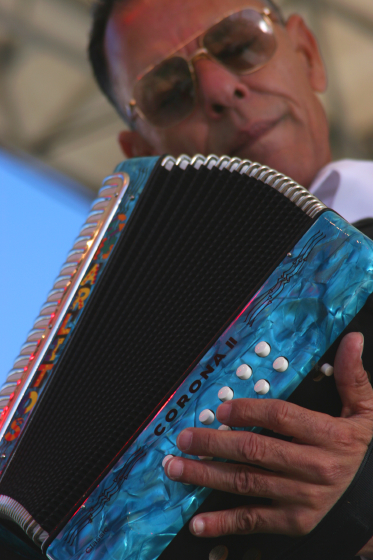 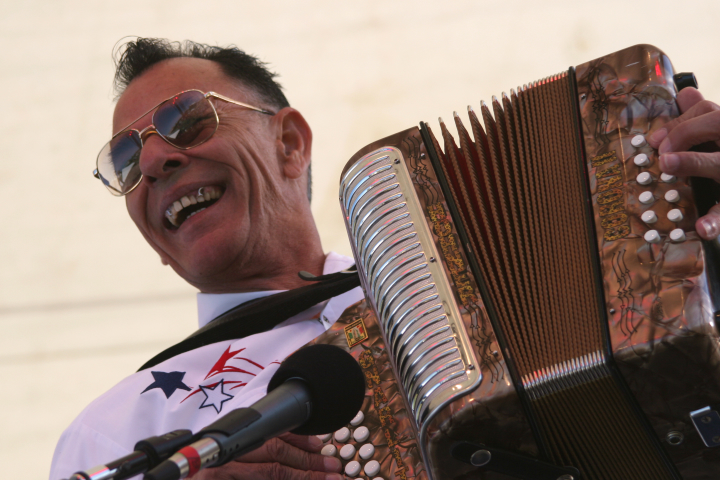 Santiago Jiménez, Jr., was born in San Antonio, Texas, into a family tradition of button accordion playing. "I was about 5 years old when I used to hear my father playing the accordion, practicing, and just by hearing him I wanted to," Santiago said. "I was born for it. My very first accordion was my father's accordion. I used to get it out from his closet. Once he would go to work, I'd get it out and play and break it at the same time. That's the way I learned it, by breaking my father's accordion."

Santiago's grandfather Patricio Jiménez played the instrument and took his son Santiago to hear German polka bands in nearby New Braunfels. Santiago Jiménez, Sr., known as "El Flaco" (the skinny one), became a seminal figure in the rise of the conjunto. A contemporary of Narciso Martínez, he was one of the first accordionists to add the tololoche, or string bass, to make phonograph records, and to appear on the radio in the 1930s.

When Santiago, Jr., was 15, he began performing professionally at weddings, clubs and quinceañeras (celebrations for 15-year-old girls). Although he felt compelled to add drums to his conjunto to make his music appealing to a younger generation, he worked to preserve the traditional sound that he heard his father play. "I used to go to my father's dances. My father would play over on the West Side, and I would play at the South Side. When I finished playing my gigs, I would go straight to see my father. My father was a very happy man. He never bragged about himself, but he knew he was a very famous man and that people loved him, the way he played the accordion. My father hated drums," he said. "He always had a very simple way of playing. First, he had guitar and then bajo sexto, and then he added the tololoche. But for me, I had to add the drums. For a while I used the electric bass, but now I've gone back to the upright bass. No one has one anymore in San Antonio."

Santiago, Jr., made his first recording in 1958 with his brother Leonardo "Flaco" Jiménez, entitled “El Principe y el Rey del Acordeón” (The Prince and the King of the Accordion). Since then, he has recorded more extensively on regional labels such as Disco Grande, Disco Sombrero and Disco Corona and on the national Arhoolie, Rounder and Watermelon labels. He also started his own label, calling it by his nickname, "Chief," to give younger musicians the opportunity to be heard.

In recent decades, he has been nominated three times for Grammy Awards and toured widely throughout the United States and in Europe and Mexico. Brother "Flaco" Jiménez, through his success in performing with pop music stars, has become one of the most widely known Tejano accordionists. Santiago, Jr., has followed his father's more traditional style. In this spirit, he continues to use the acoustic tololoche rather than the electric bass of most contemporary conjuntos. Now, he rarely uses a drum set in his groups. In the contemporary world of Tejano music, he is a standard-bearer, a lively performer and a man of great humor and wit.

Regarding the future of conjunto music, he said, "It is growing a lot. There's a lot of kids interested in the music, but the only thing I'm worrying about is they don't understand what the true tradition is. That's why I go into different schools in Texas, talk to different kids about where I come from. Sometimes when I start playing, there are kids who are laughing, they don't know what it is. They weren't raised like we were. We're trying to keep it alive. The accordion is a very powerful instrument."