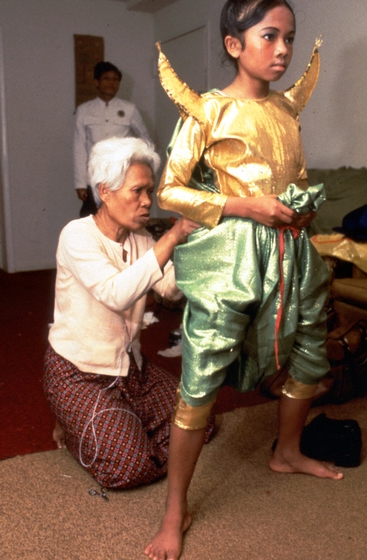 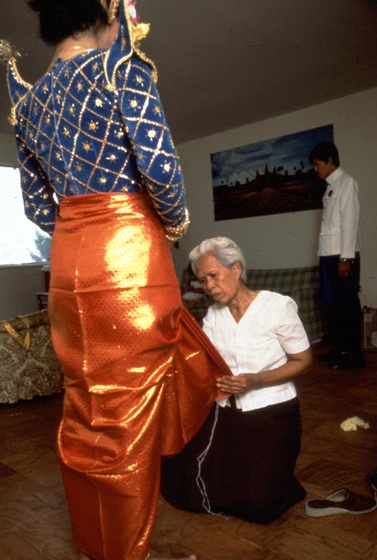 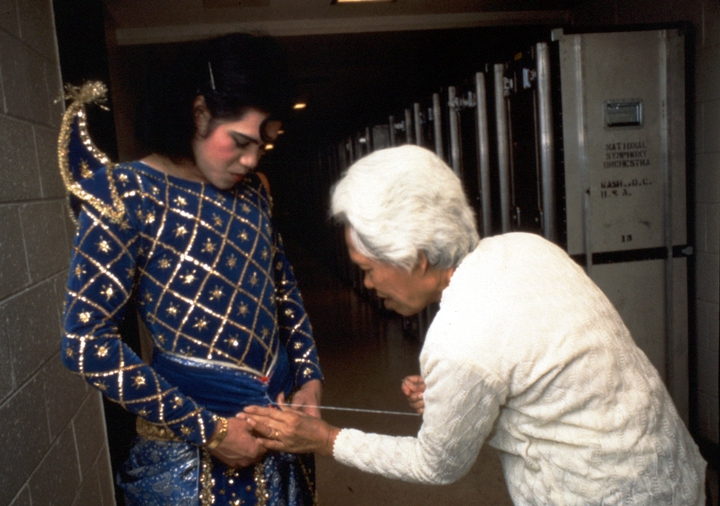 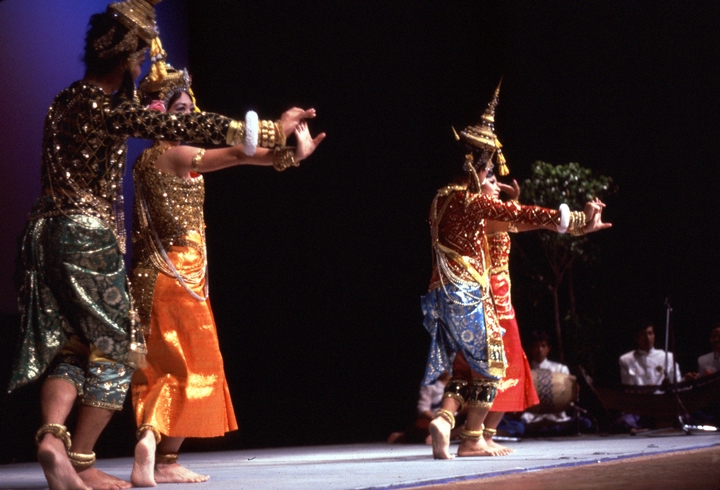 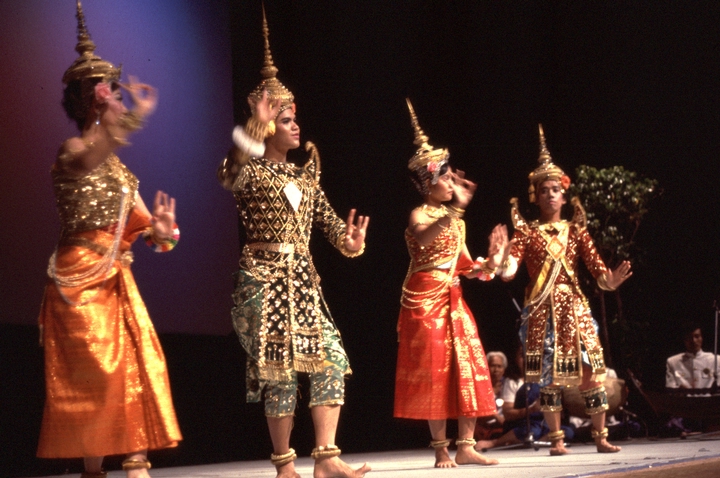 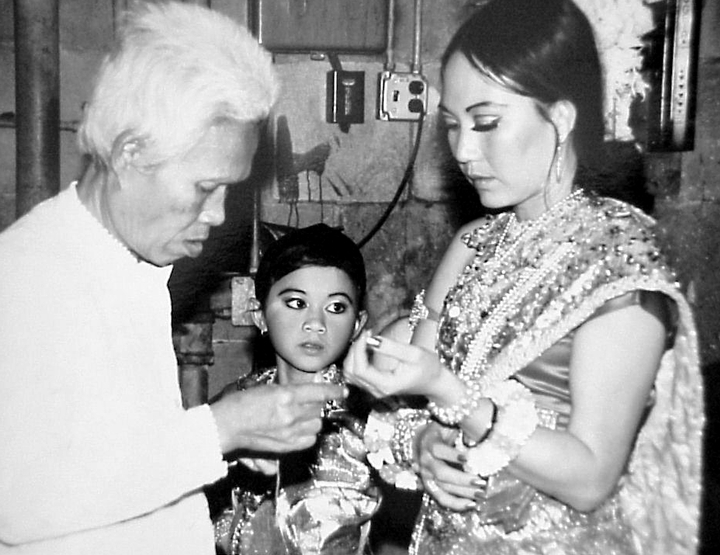 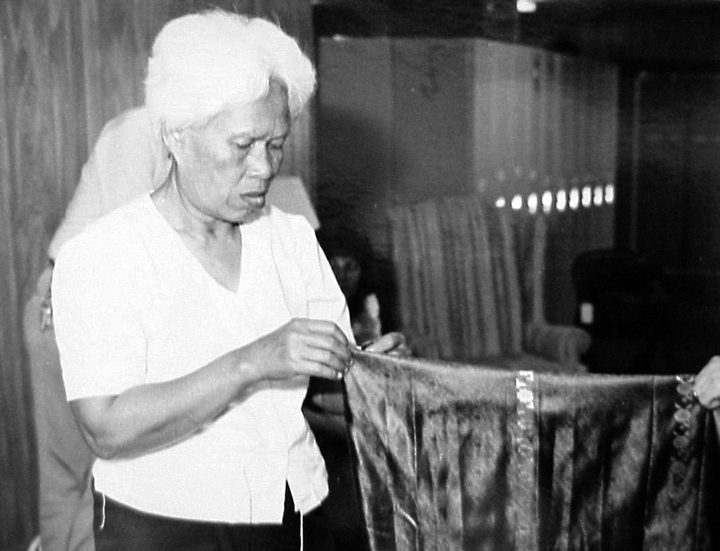 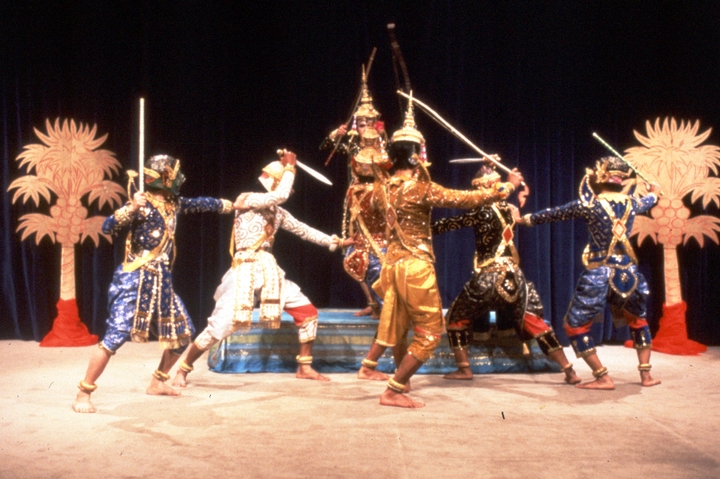 Peou Khatna, a native of Phnom Penh, Cambodia, began her training in Khmer dance at the age of 7 under the patronage of her aunt, a wife of King Norodom. Khmer dance originated over 1,200 years ago and flourished in the twelfth century during the height of the Angkor Empire in Cambodia. Although its origins are from India and Java, the Khmers developed a unique dance style that has become a focal point of Cambodian culture and a source for most other Southeast Asian dance forms.

Khmer dance was eclipsed in Cambodia for several hundred years until its revival by the Royal Court in the nineteenth century. The palace supported the training of hundreds of dancers, such as Khatna, for performances in Cambodia and around the world. She performed lead roles with her troupe until about 1945, when she retired and became a choreographer, costumer and dance instructor. She continued to work in this capacity until the downfall of Prince Sihanouk forced a halt to the troupe's activities. The Pol Pot regime, which took over Cambodia in 1975, killed nearly one-third of the country's population as part of a policy that destroyed institutions of the "old regime," such as the Royal Ballet of Khmer dance.

Khatna, her daughter (also a palace dancer) and her family escaped from Cambodia by disguising themselves as peasants. They had been forced out of Phnom Penh and spent the next several years working in rice paddies as members of communal work units around the country. With the invasion of the Vietnamese in 1979, more than 1 million war-weary Cambodians fled to the border of Thailand and settled into makeshift refugee camps. Among them were Khatna and a few surviving teachers and dancers of the Royal Ballet. Within a few months, a core group of performers pulled together an ensemble of twenty-five former dancers, singers, musicians and a mask maker and formed the Khmer Classical Dance Troupe. They practiced in the refugee camps and brought hope to the ravaged Cambodian survivors; thousands gathered to watch them practice.

In 1980 and 1981, with the help of the U.S. State Department, international refugee organizations and the National Council for the Traditional Arts, many Khmer dancers and musicians immigrated to America and settled in the Silver Spring, Maryland, area. With dedication and courage, they organized for a third time, improvising costumes and re-creating from memory the dances of the palace. The new troupe, inspired, disciplined and directed by Khatna, who had appeared in the United States as part of the Royal Ballet in 1971, has been presented across the country. They were featured in the documentary film Dance of Tears and together and individually have revitalized the Khmer dance tradition.