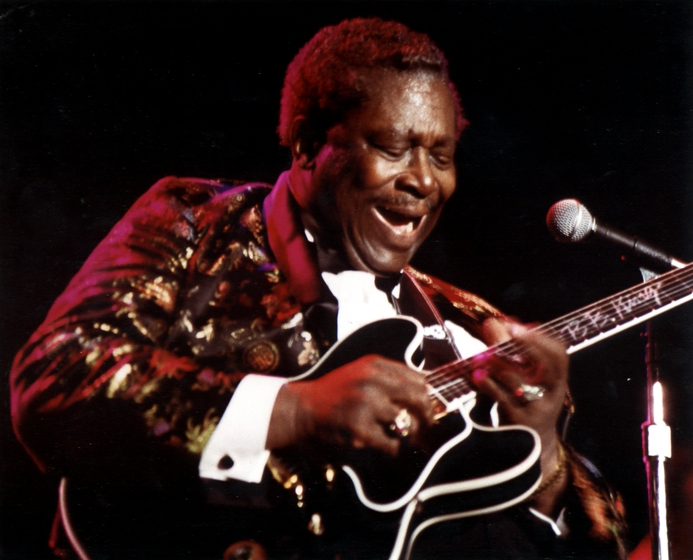 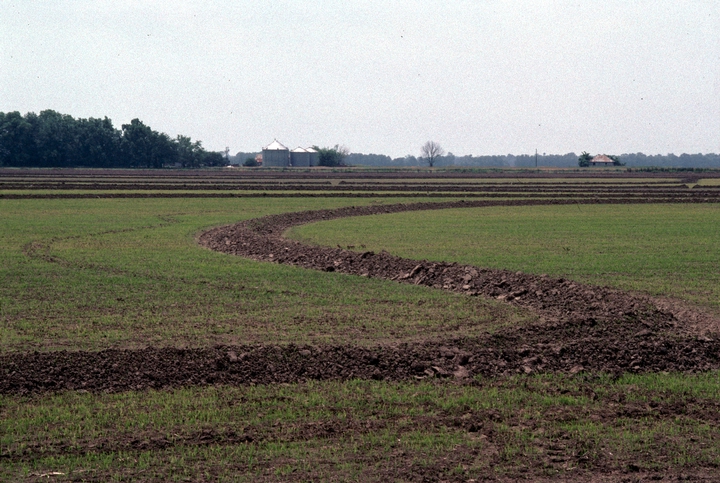 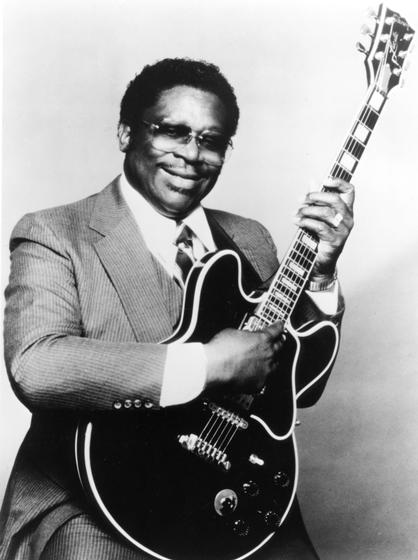 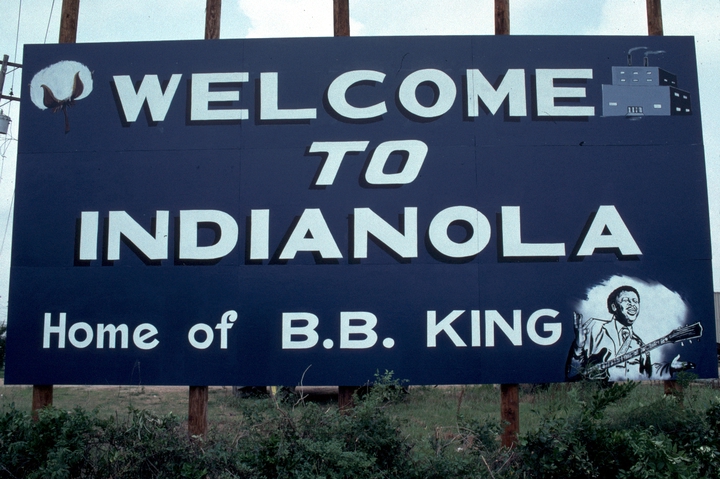 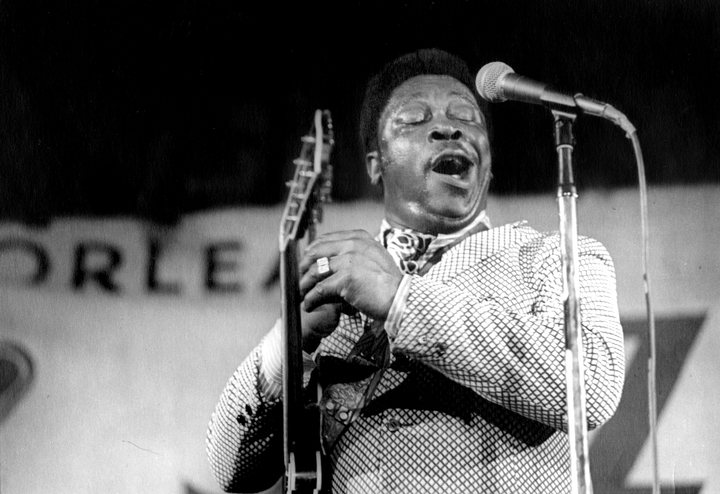 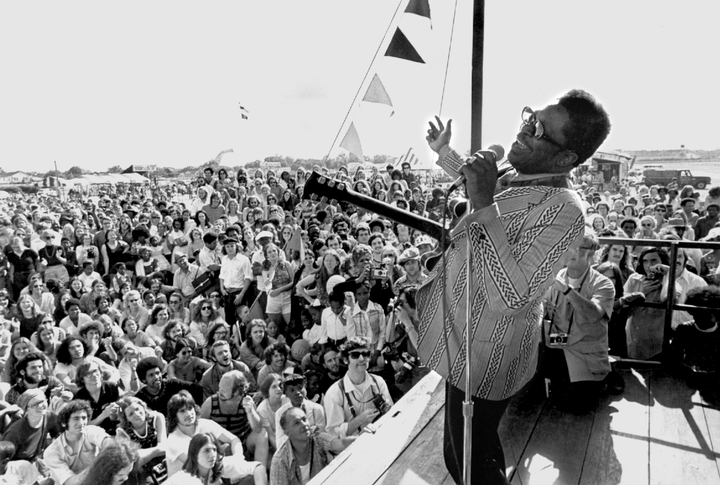 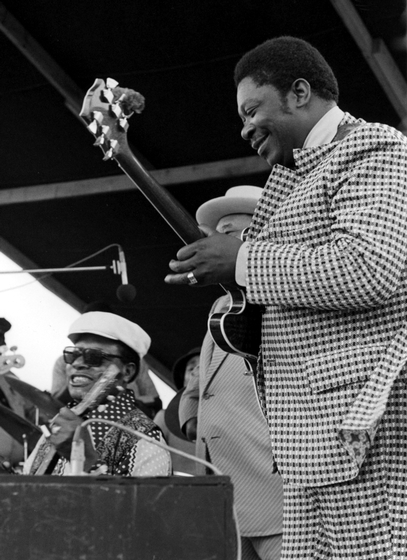 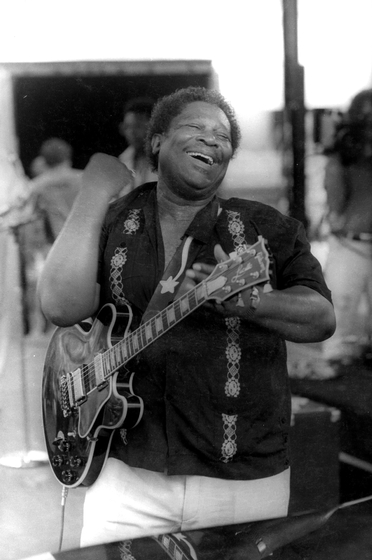 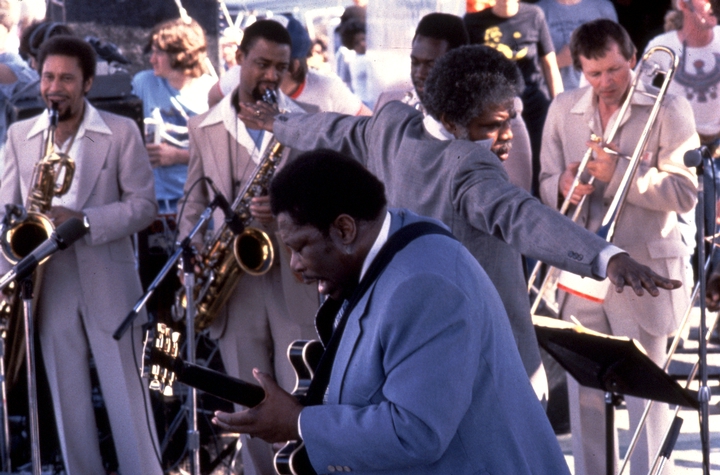 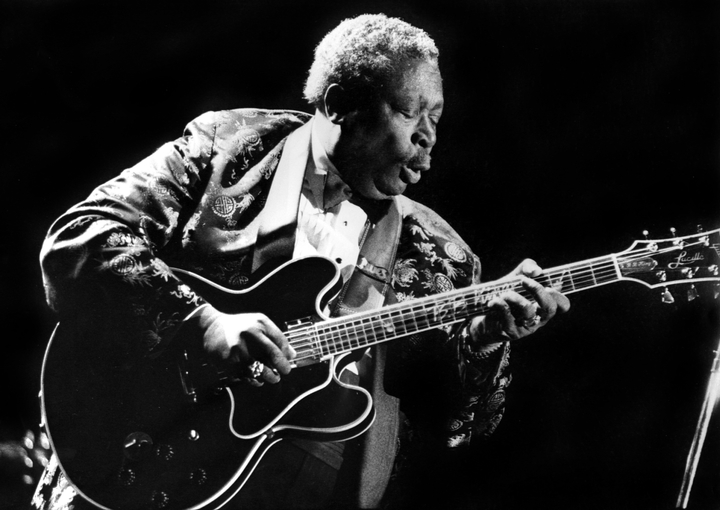 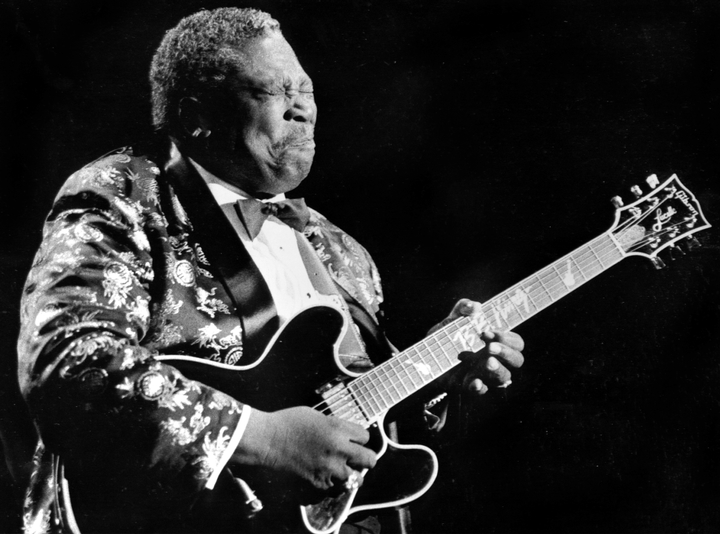 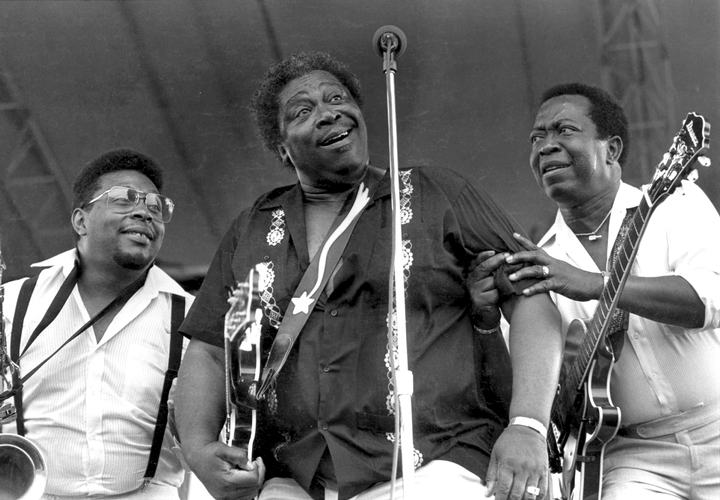 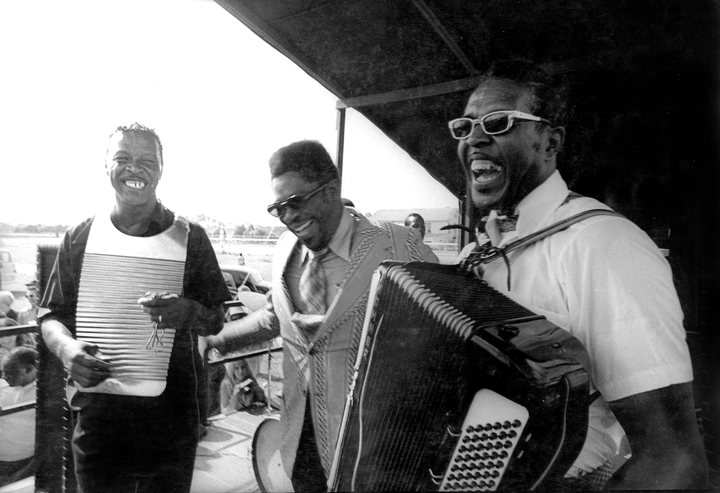 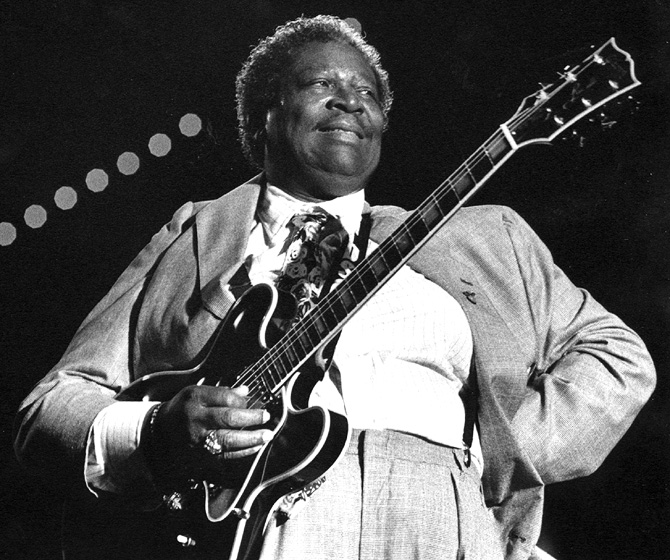 Riley King was born on a cotton plantation in northwest Mississippi between the towns of Indianola and Itta Bena, about 100 miles south of Memphis, in the Delta bottoms. His schooling was sporadic; like many other black country children of his area, he worked in the fields when he was needed. After the death of his mother when he was in the 10th grade, he quit school and worked as a farmhand on a nearby plantation.

King became interested in music at an early age. He sang in local churches when he was 4, and his uncle taught him a few chords on the guitar as soon as he was old enough to hold the instrument. His aunt had an old Victrola, and he heard the 78 rpm recordings of Blind Lemon Jefferson, Lonnie Johnson, Peetie Wheatstraw and Leadbelly on her machine, along with the recordings of his older cousin, Bukka White, the famous "bottle-neck" guitarist. The neck from a glass bottle was often cut or broken off to use on one's finger as a slide to bend and slur the notes on the guitar to create the harsh, sometimes haunting Mississippi Delta style of blues.

In the early 1940s, King honed his guitar skills and formed a gospel quartet, called the Elkhorn Singers, and performed at local churches. He served for about a year in the U.S. Army during World War II and sang blues for the troops stationed at Camp Shelby, in Hattiesburg, Mississippi, and at Fort Benning, Georgia. After the war, he returned to Indianola and continued to do odd jobs, and occasionally sang gospel in church and on the streets. In 1945 and 1946, he sang with the St. John Gospel Singers in broadcasts on WJPM radio in Greenwood and WJPR radio in Greenville.

A year later, King hitchhiked to Memphis and stayed with Bukka White until he was able to support himself. After working amateur shows at the W.C. Handy and Palace theaters, his first professional breaks came in radio, where he performed as the "Beale Street Blues Boy," later shortened to Blues Boy King, and finally B.B. King, under which name he gained his remarkable reputation.

King performed extensively on the Southern black club circuit, and appeared at major venues like the Apollo Theater in New York City. In 1962, he signed with the ABC label, and five years later he launched the ABC Bluesway series with Blues Is King.

In 1969, his recording of "The Thrill Is Gone" was a crossover hit, appealing to both black and white audiences. "My audience had started mixing before that," King said, "but that really pushed it over the top.... It was soon after that the Rolling Stones invited me to tour with them.... A lot of people heard me on that Rolling Stones tour that hadn't heard of me before."

Throughout his career, King toured incessantly, often averaging more than 275 concerts a year. He was among the first American musicians to tour to the Soviet Union, and traveled to Africa several times. He was a profound influence on both rock and roll and rhythm and blues. Many imitate his economical phrasing, his precise slurred or bent notes and his unique left-hand vibrato.

Nightclubs in several cities bear his name, and a museum in Indianola, Mississippi, near his birthplace, tells the story of his long, rich life.