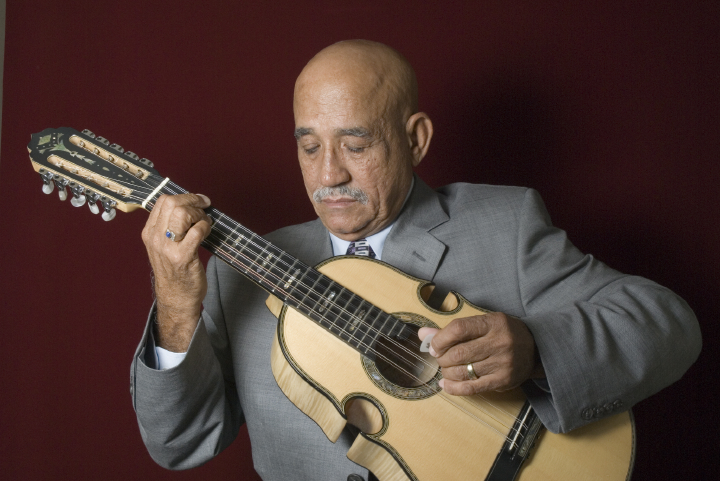 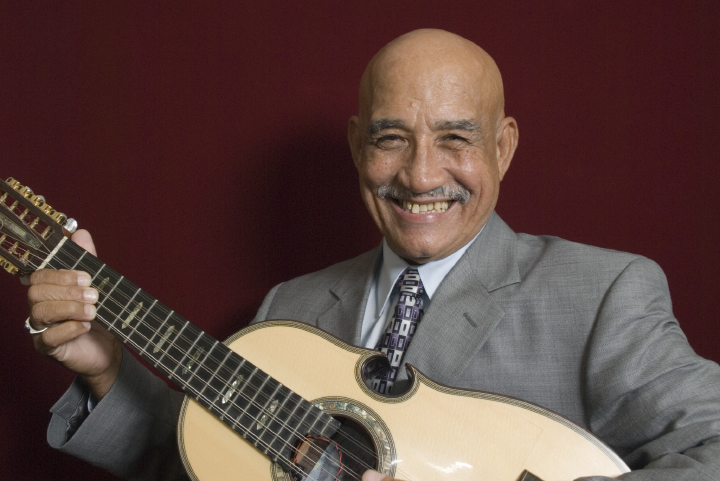 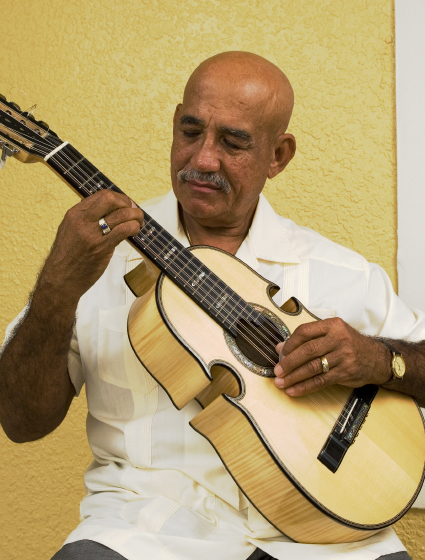 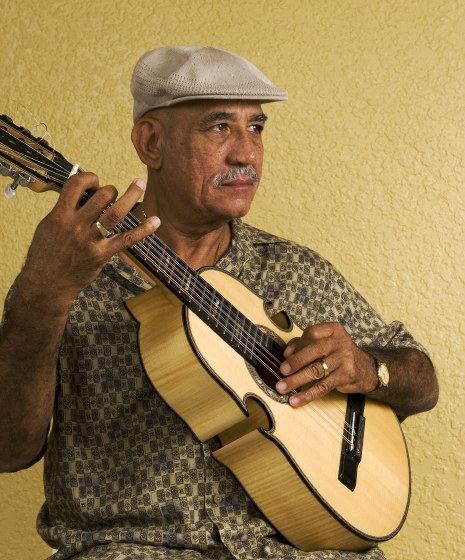 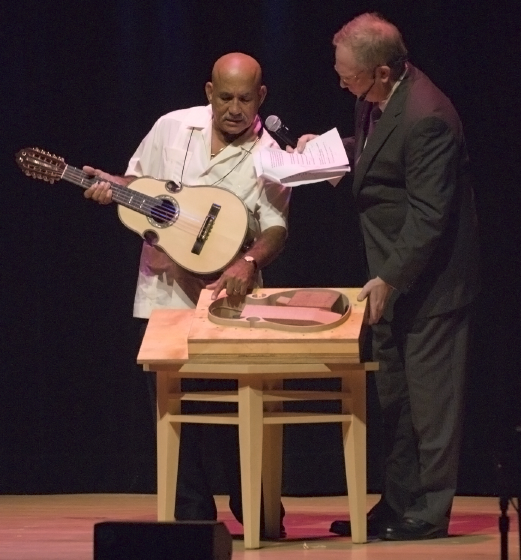 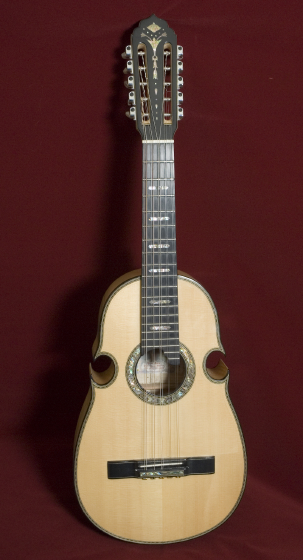 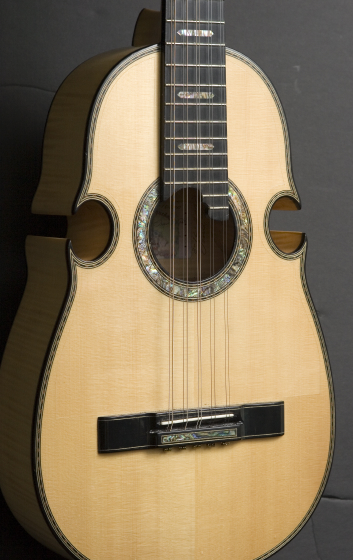 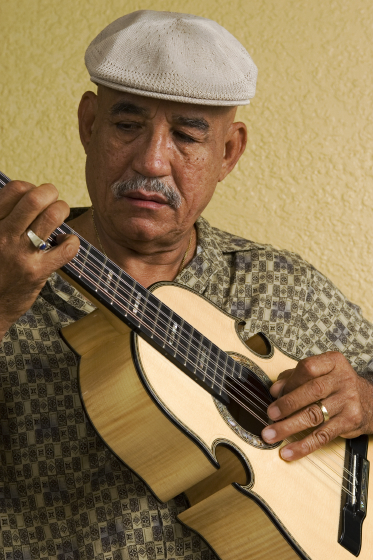 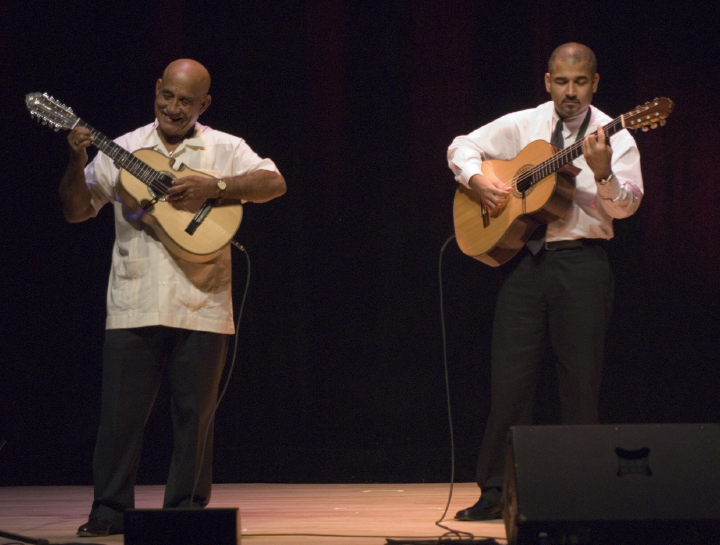 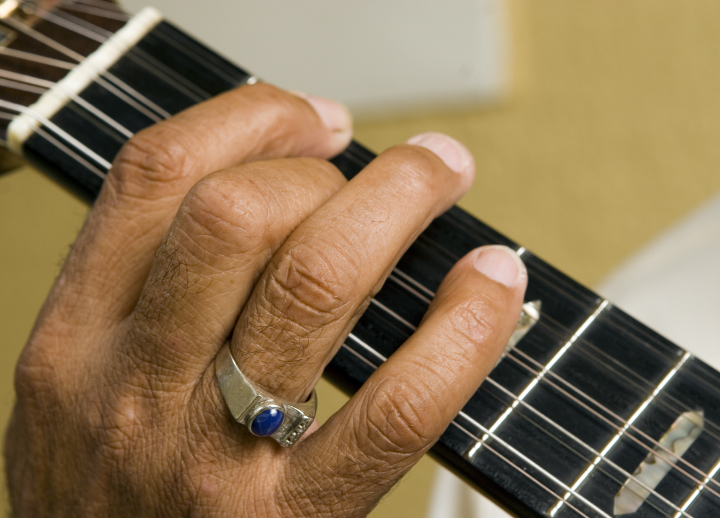 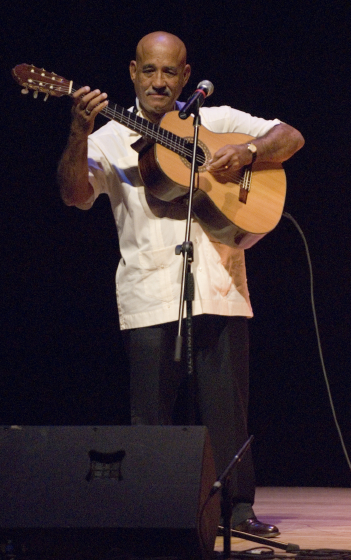 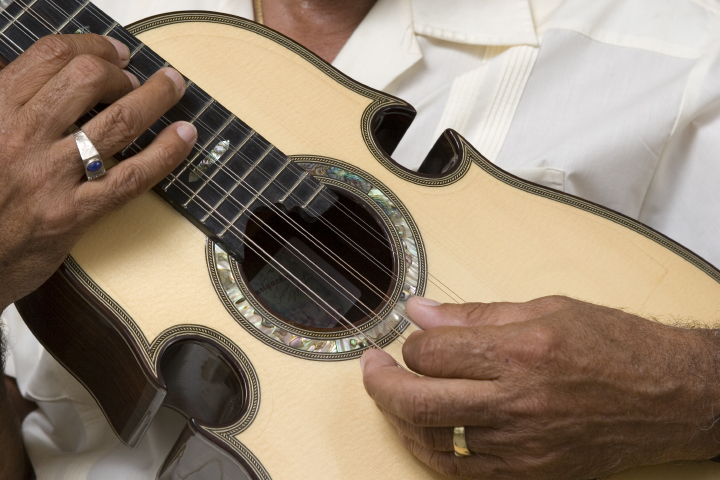 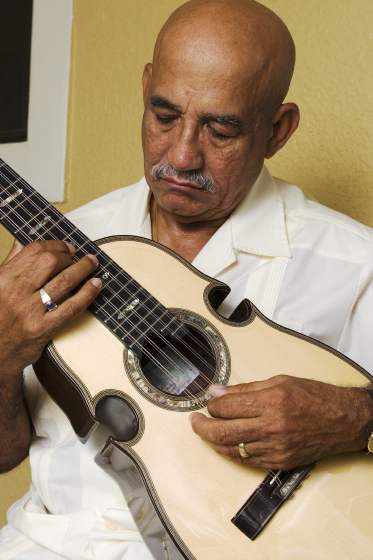 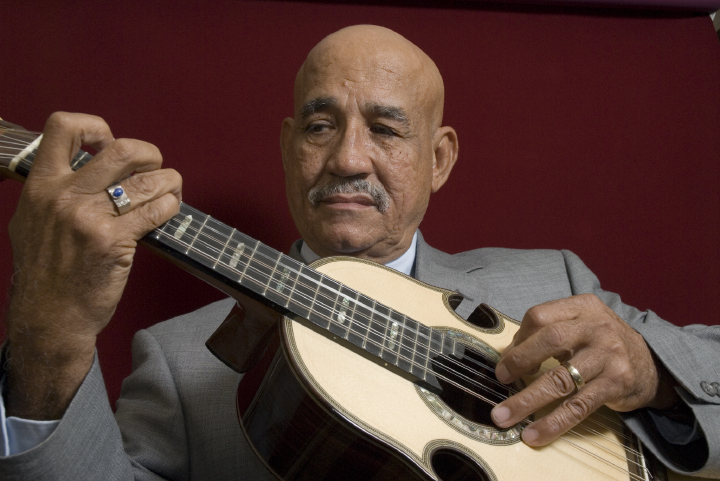 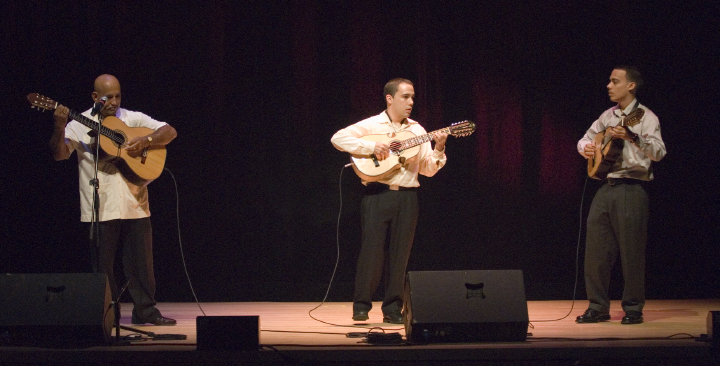 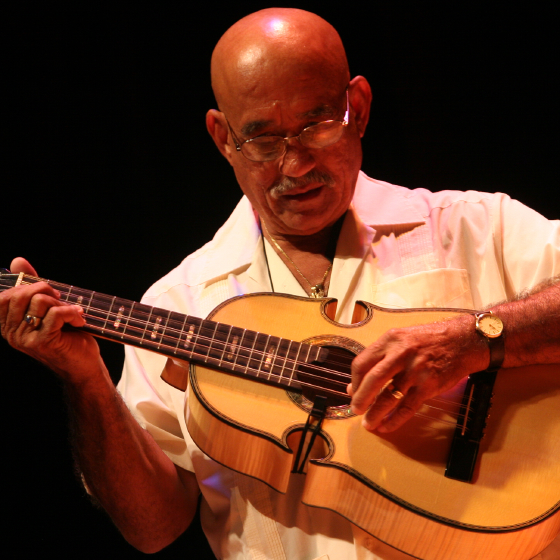 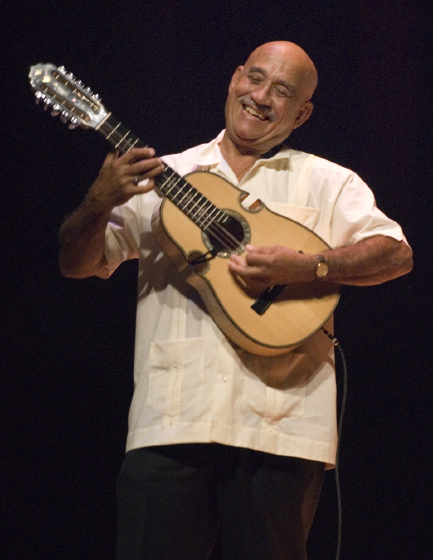 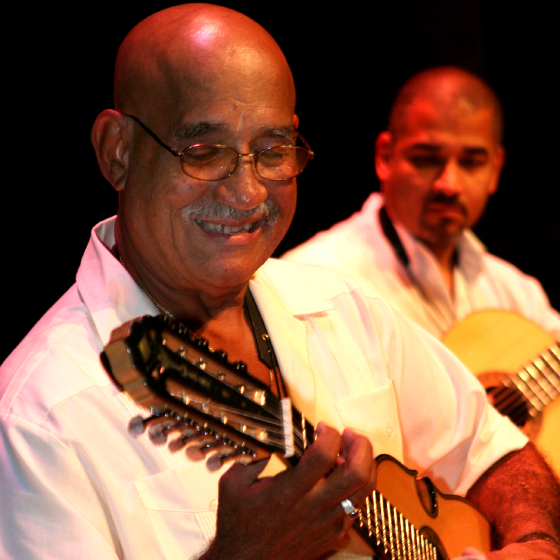 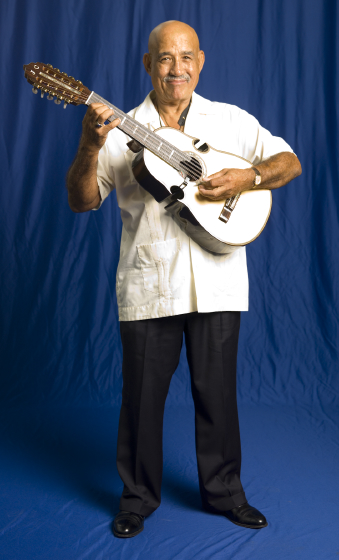 Diomedes Matos grew up surrounded by instrument makers in the Puerto Rican village of Camuy. “My younger brother is a luthier, too,” he told NEA interviewer Mary Eckstein. “On my mother’s side of the family, there are a lot of musicians; my uncles and my other brothers play guitar and cuatro, and they know how to work with wood. They are craftsmen, too.

“What really inspired me was a cuatro maker named Roque Navarro. He passed away some years ago. I used to walk from my house to school every day, and on the way I’d see Mr. Navarro working on guitars and cuatros in his workshop. One day, when I was about 10 years old, I was watching him from the fence in front of his house and he invited me in and showed me what he was doing. I knew from that first visit that’s what I wanted to do.” By age 12, Matos had built his first instrument.

The cuatro, known as the national instrument of Puerto Rico, is a distinctive guitar, often violin-shaped, with five courses of double strings. It is played by jibaro musicians from the mountainous inner regions of the island. The name often puzzles people, since cuatro means four rather than five. There are various explanations for this discrepancy. The earliest cuatros had four strings, and it may be that the name simply never changed. Another possible explanation is that the Moorish people from north Africa who occupied most of Spain for hundreds of years had a word, al-qatr, that meant "stringed instrument." And there was an ancient four-string Persian instrument called the chartar (pronounced kar-tar).

Matos’ cuatros are widely sought after. Pop star Paul Simon asked him to make an instrument and accompany him on the soundtrack of Simon’s Broadway show The Capeman. And Matos’ instruments are played by world-renowned Puerto Rican musicians such as Yomo Toro.

“I ask each musician I make a cuatro for whether they want the instrument to sound with more bass or with a higher pitch,” Matos said. “I then make it to their specifications.” Matos also has a passion for passing his knowledge along to apprentices. “I really like to teach,” he said. “I like teaching more than cuatro making itself, especially when I see a student’s progress and maturity. It’s a very important part of my life. I put a lot of dedication and love into teaching.”

With each new apprentice, Matos stresses safety in the workshop and patience in making an instrument, learning through making many instruments. He encourages his apprentices to pass their knowledge along to others.

Matos also enjoys performing. “When I’m performing in a big show for a lot of people and they’re clapping for me, and when I see the happy faces, sometimes it just makes me cry. I feel so proud because I am doing it with my heart, with my soul.

Bibliography
DeMasters, Karen. “Passing Folk Art to a New Generation, With a Little Help From the State.” The New York Times (March 16, 1997).

Diomedes Matos answers the question 'Which do you like more, making or playing your instruments?' Bethesda, Maryland, 2006, interview by Alan Govenar

Diomedes Matos answers the question 'How long does it take to make a cuatro?' Bethesda, Maryland, 2006, interview by Alan Govenar

Diomedes Matos answers the question 'When did you first learn about music and the cuatro?' Bethesda, Maryland, 2006, interview by Alan Govenar