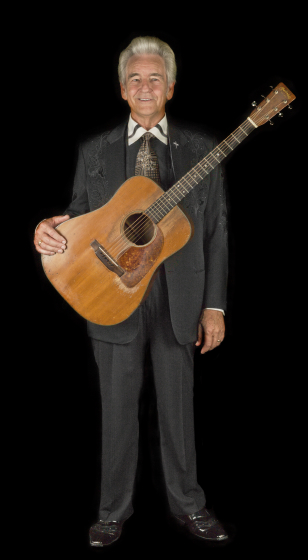 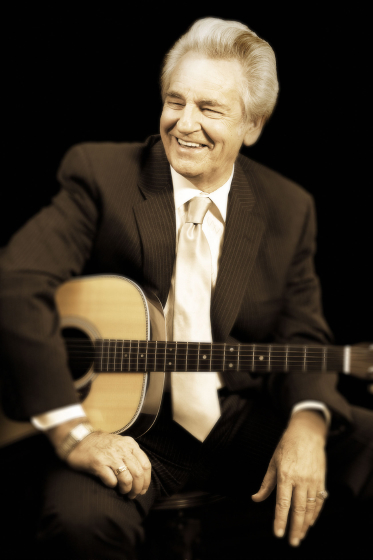 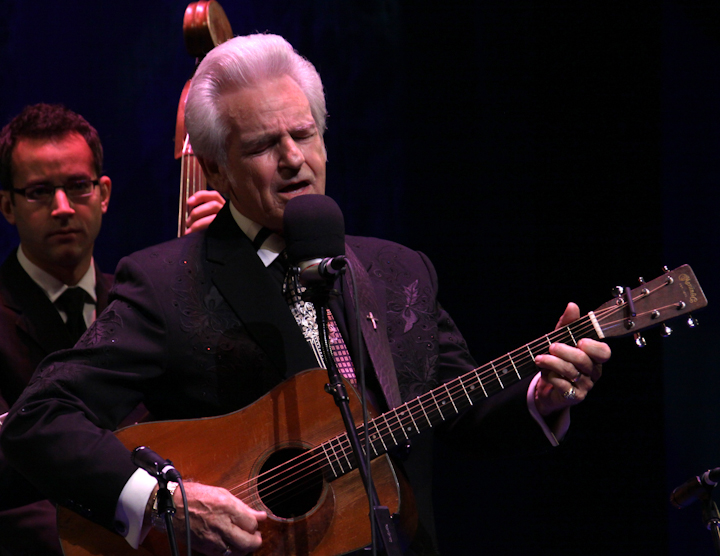 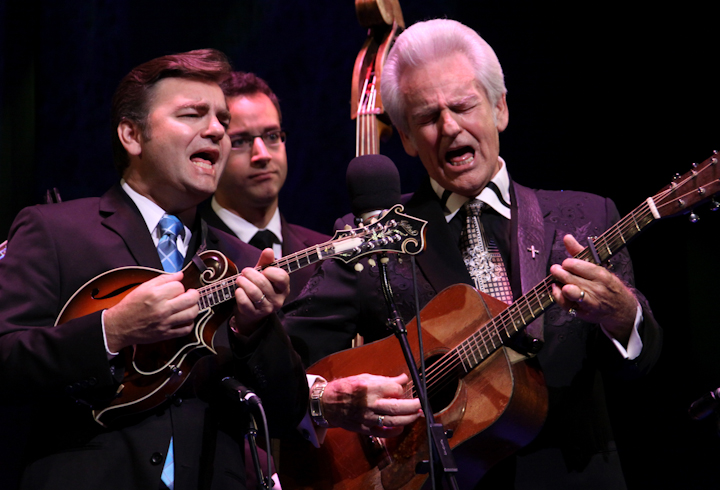 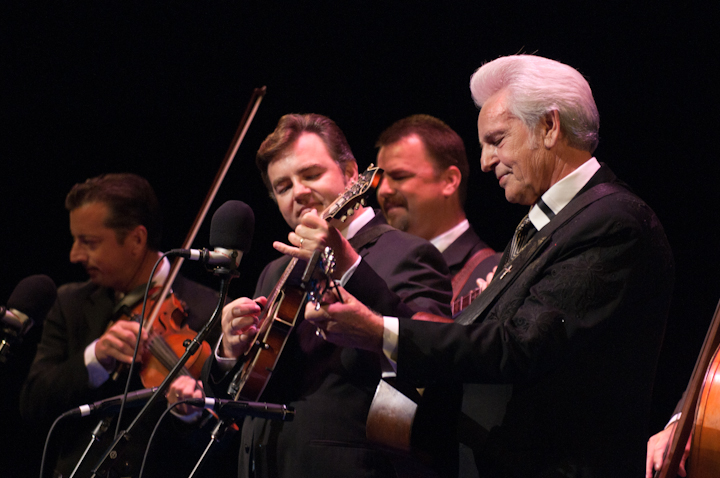 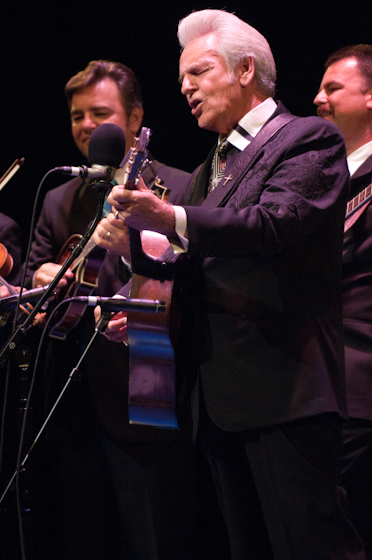 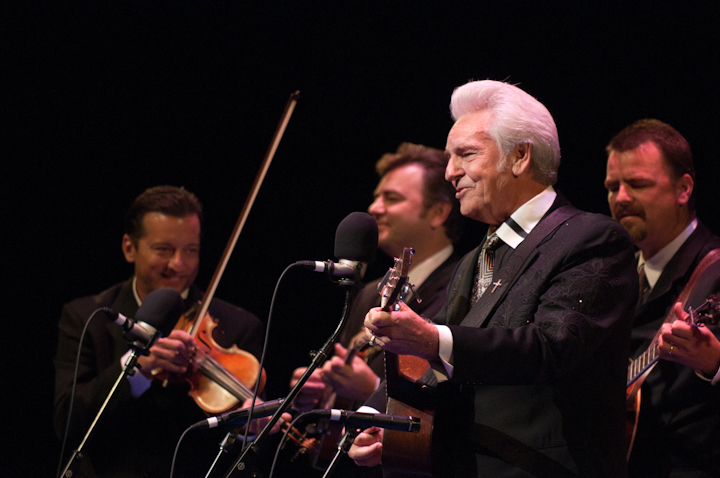 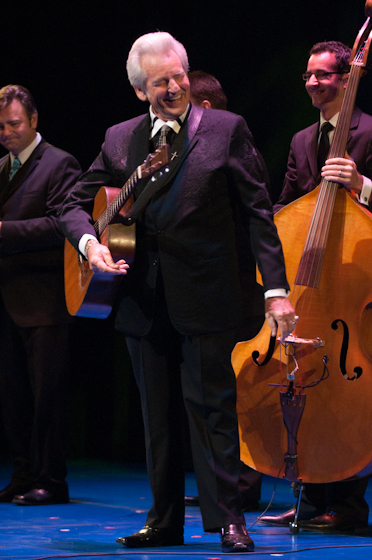 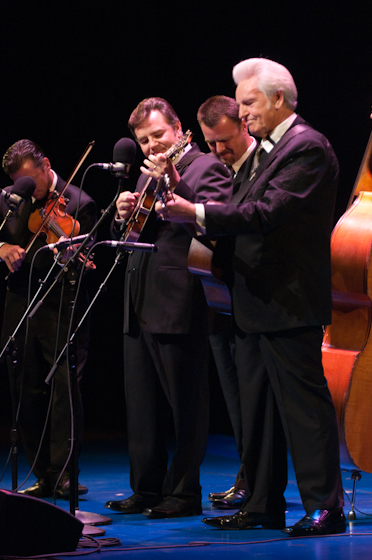 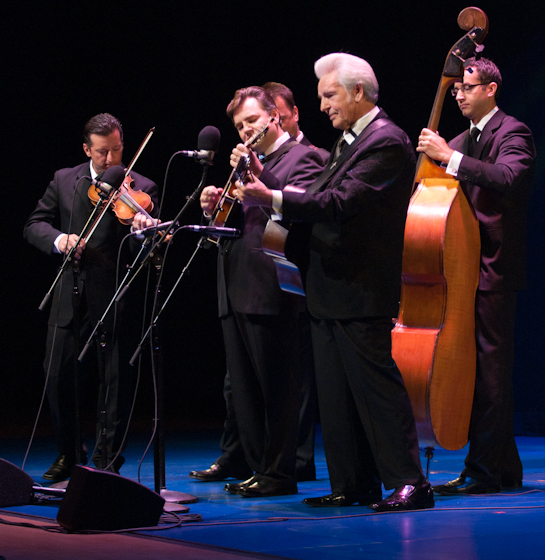 Del McCoury, a native of Bakersville, North Carolina, became interested in bluegrass music when he was 11 years old, growing up in York County, Pennsylvania. McCoury had already learned guitar from his brother, but when he heard Earl Scruggs play banjo on a record, McCoury immediately switched to that instrument. In high school, when his friends were listening to Elvis Presley, McCoury was engrossed in the music of Scruggs and other banjo players, such as J.D. Crowe, Don Reno and Sonny Osborne. He began playing professionally in the early 1960s, working clubs in the Baltimore-Washington, D.C., area. In 1963 he was hired by Bill Monroe, the father of bluegrass. At Monroe’s urging, McCoury switched from banjo back to guitar and began singing lead in his distinctive tenor voice.

After a year with Monroe, McCoury married and moved to California, where he played with a band called the Golden State Boys. The couple returned within a few months to Pennsylvania, where McCoury worked at hard physical jobs such as cutting timber. He also continued to play bluegrass. In 1966, he played his first bluegrass festival, with a group called the Dixie Pals. The following year, he made his first album, on the California-based Arhoolie label.

By the mid-1980s, with his children grown, McCoury was able to quit his day job and focus on music. His son Ronnie, then 14 years old, joined the band in 1981 as a mandolin player. Five years later, his younger son, Rob, then about 15, signed on, first on bass and then on banjo. In 1992, the family moved to Nashville, where McCoury and his band performed and recorded regularly and won a string of awards. The Del McCoury Band has been featured at many of the bluegrass festivals that have proliferated since the mid-1960s. In recent years, the band has expanded its repertoire and its fan base by playing at general-interest festivals such as Bonnaroo, held each June in Tennessee, and playing with artists such as country/rock singer and political activist Steve Earle and the jam band Phish. Ranging beyond the traditional bluegrass repertoire, the McCoury band has recorded songs such as 1952 Black Lightning, by the British folk/rock musician Richard Thompson. Speaking of American Legacies, a recording project with New Orleans’ Preservation Hall Jazz Band, McCoury said, “I’m excited about that because, actually, all music’s related … and it can all be done together, it really can.” Bill Monroe, he pointed out, often covered music from other genres in bluegrass style, and Monroe’s music and that of other bluegrass musicians was influenced by the blues. McCoury, too, owes a debt to the blues and hired longtime fiddler Jason Carter because his playing had a blues feel. McCoury has his own record label, McCoury Music, and his own festival, DelFest, held each Memorial Day weekend.

Among the honors of which McCoury is most proud is the band’s membership in the Grand Ole Opry, the long-running country barn dance radio show from Nashville that he listened to while growing up.

Del McCoury, 'I Can Hear the Angels Singing,' It's Just the Night, McCoury Music, 2003

Del McCoury talks about his childhood and growing up. Interview by Alan Govenar, Bethesda, Maryland, September 21, 2010

Del McCoury answers the question 'When did your children get interested in playing music?' Interview by Alan Govenar, Bethesda, Maryland, September 21, 2010

Del McCoury answers the question 'How did your singing change when your sons became part of your band?' Interview by Alan Govenar, Bethesda, Maryland, September 21, 2010

Del McCoury answers the queston 'How do you think your music has changed over the years?' Interview by Alan Govenar, Bethesda, Maryland, September 21, 2010