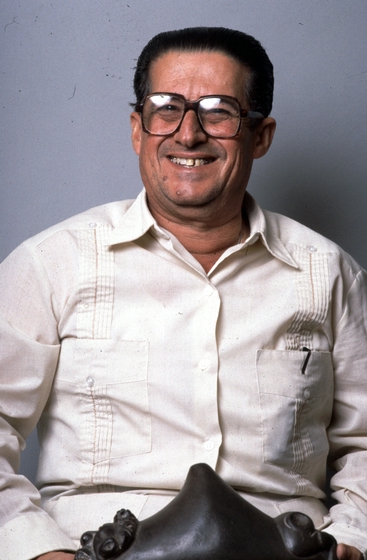 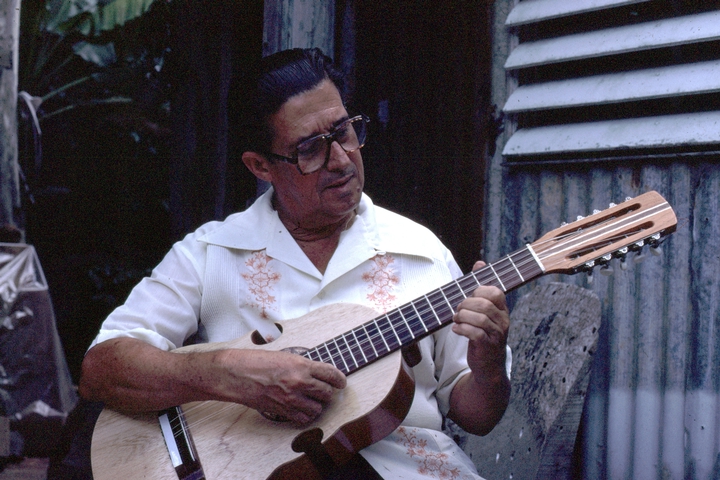 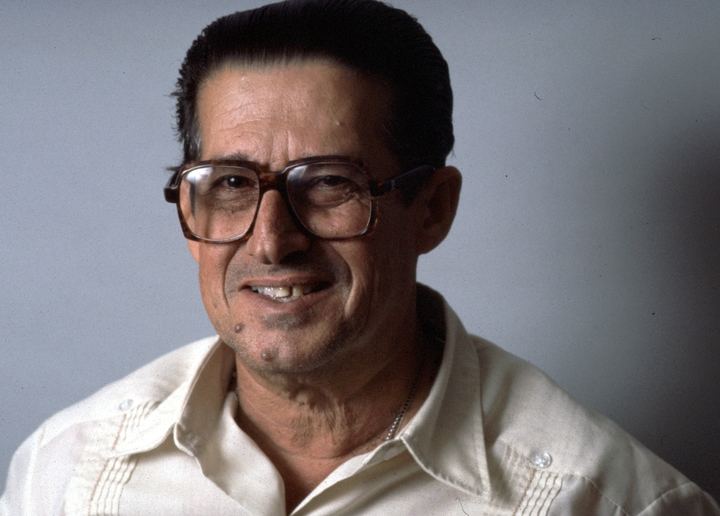 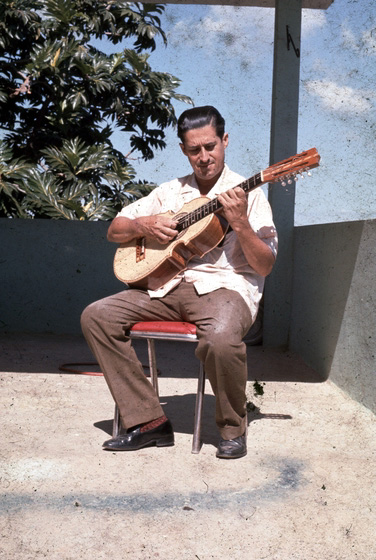 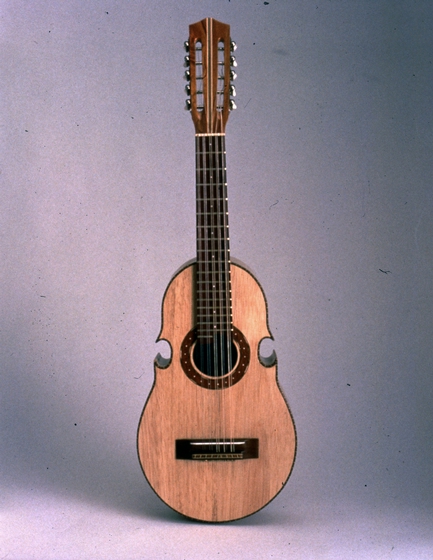 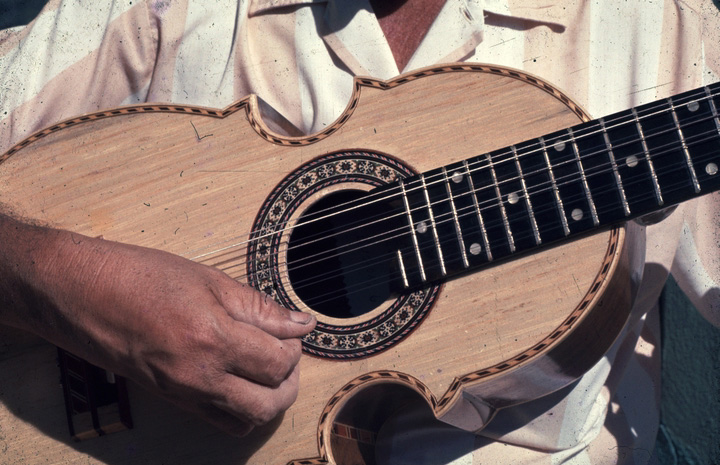 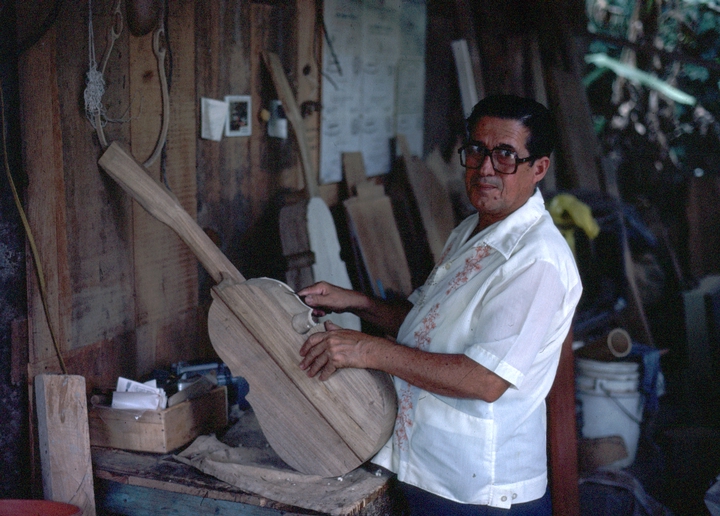 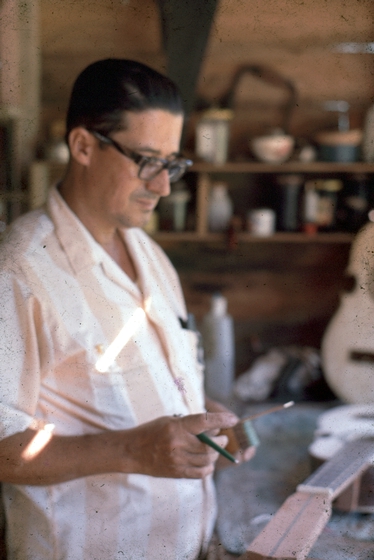 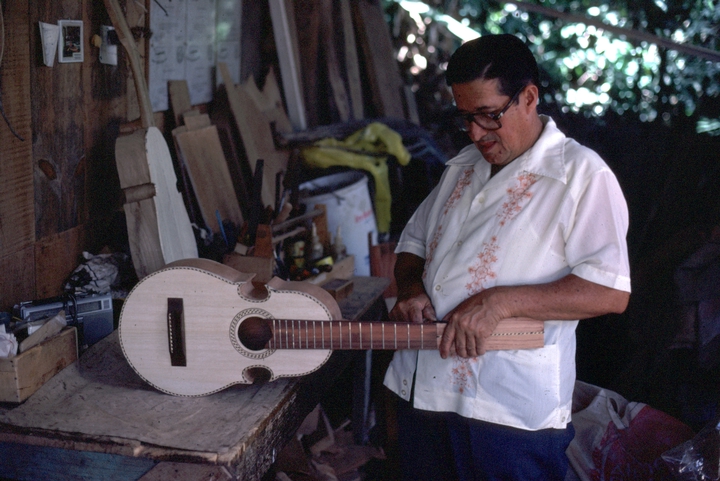 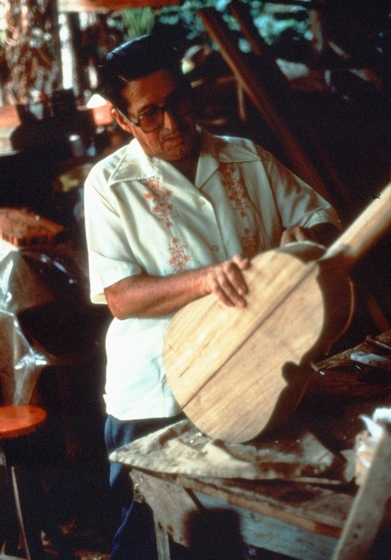 Julio Negrón-Rivera was raised in a family of traditional musicians and artisans in Morovis, in Puerto Rico's mountainous hinterlands. His grandparents Tomás Negrón and María Prágedes were musicians and singers who, throughout their lives, performed the heartfelt songs dedicated to the Virgen del Carmen, songs that the people of Morovis had created and passed down through the generations. His parents, Eusebio and Carmen Negrón, carried on the local musical tradition and worked as small farmers skilled at cultivating coffee and subsistence crops on the steep highland slopes. Eusebio hand-crafted his own tools to pit and process his coffee beans. He also learned to make the cuatro, which has become known as the national instrument of Puerto Rico. (The uniquely shaped guitar-like instrument originally had four strings but now has ten in five courses.)

Growing up, Julio worked alongside his father and learned to make the cuatro, as well as the tiples (a small soprano guitar), six-string guitars and bordonúas (bass guitars), in the small workshop next to his home. Julio's wife, Doña Mercedes, also grew up in a musical family. Her grandmother, Doña Balbina Díaz, was a noted singer of rosarios and aguinaldos (rural carols), and her father, Anselmo Rivera, was a maker of cuatros who, people believed, was able to heal the sick with his playing. Julio also had this ability and said that once "they made some good music for a son of Avelino, and not only did he get up, but also sang." In the Negrón-Rivera household, Doña Mercedes assisted her husband but usually made use of herbs and medicinal plants for illness in her own family.

Although Negrón-Rivera played secular music, such as aguinaldos, seises, valses, and décimas for healing, the songs in honor of the Virgen del Carmen were performed as part of the traditional country velorio, a religious ceremony held almost every night at homes in rural Puerto Rico. The velorios (wakes) were usually associated with the deaths of family members or with the days when certain santos (saints) were honored — July 15 for the Virgen del Carmen festivities, during Holy Week before Easter, or during special Masses held at 5 a.m. at the town church in December.

Negrón-Rivera and his family sustained the traditions of their homeland and imbued their children with a deep respect for the folklife of the rural region in which they live. His sons work with him, as he did with his own father.