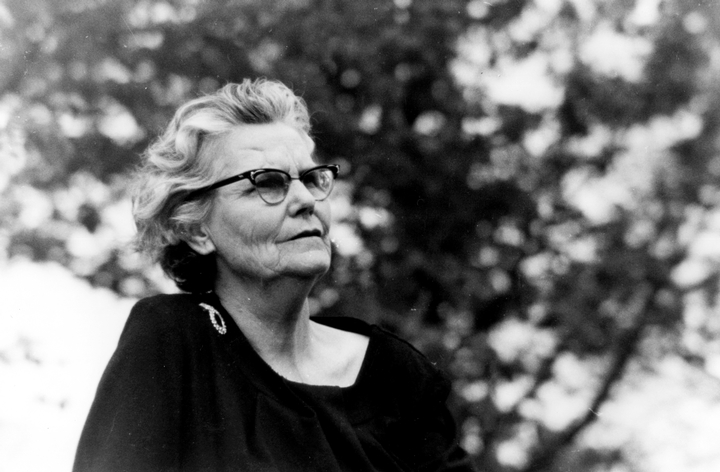 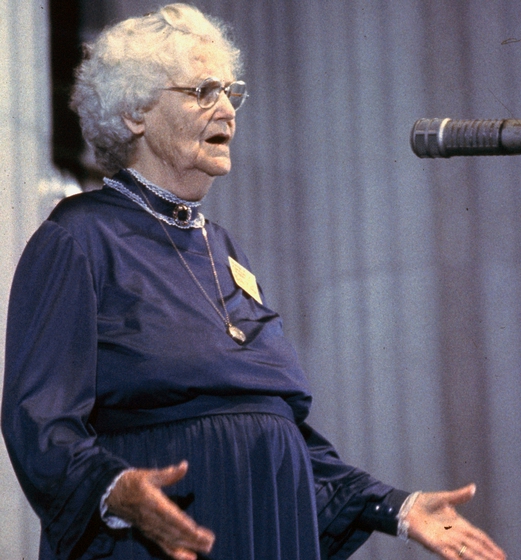 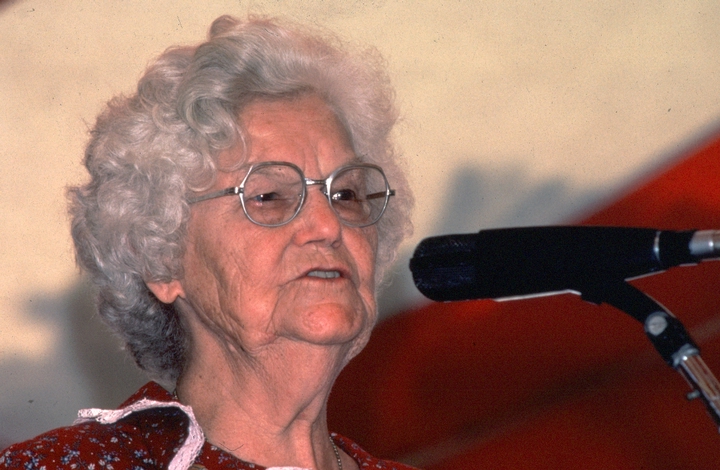 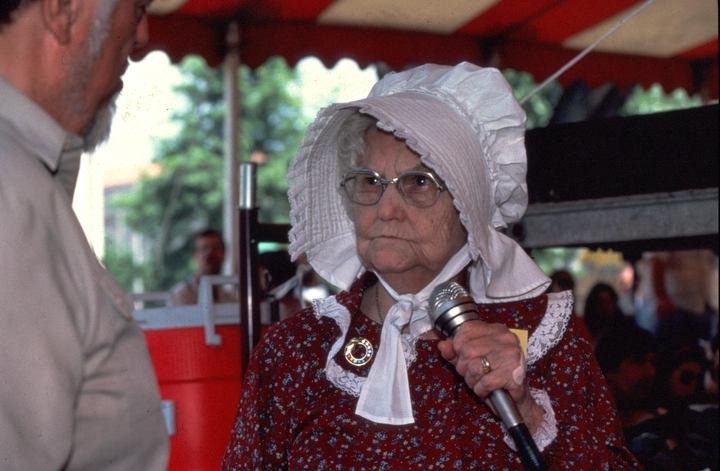 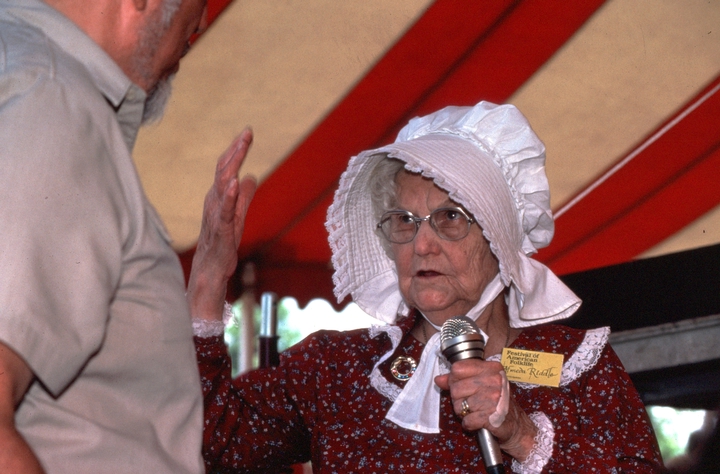 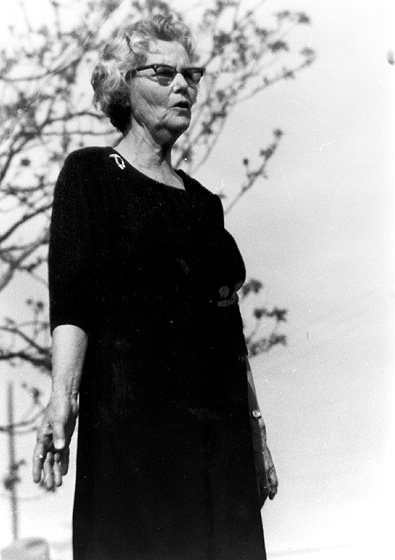 Almeda Riddle was born in the foothills of the Ozark Mountains and lived in White and Cleburne counties, Arkansas, for most of her life. During her childhood, her father's work, purchasing timber to be hewn into ties for the railroad, necessitated frequent moves. The family's itinerant life made school attendance nearly impossible. Most of Riddle's formal education took place at home under the supervision of her parents, who were very strict about her lessons.

"My father was J. L. James," she said. "He bought timber, cut timber, worked in the timber for years. And I used to follow him around in the woods.... My mother was insistent that I had my lessons — I mean in sewing and everything. She really tried to bring me up a lady. But my father, unfortunately, cooperated with me and brought me up to be a tomboy. He said he had six girls and a boy, and I was the boy."

Riddle's father was a singing teacher and taught her to read musical notation before she was able to read books. He also gave her instruction in the principles of harmony and how to accompany songs on the fiddle and parlor organ. However, he worried sometimes that the old British ballads his daughter was learning "by ear" might keep her from practicing "note singing," and he stopping singing them "for a long period of years."

"My father was a vocal teacher," she said, "though for years he didn't practice it. He sang all the time. He'd go into any community that we went into, and if they didn't have a singing class, he immediately taught a ten-day school.... So he sang most of his songs from books, but he knew a lot of ballads."

Riddle learned "The House Carpenter's Wife" from her father when she was a child, but she forgot it until years later when "this old man from the hills of Missouri sang it and reminded me. ... I don't know, you see, I think I've always had too much of a love of ballads, and it didn't particularly matter what they were about. Plain, bad, good or indifferent, I just loved ballads." Although her singing style was influenced by her father, Riddle often added falsetto leaps, breaks and vocal decorations that embellished existing versions of traditional ballads.

After the tragic deaths of her husband and baby in 1926 in a cyclone in Heber Springs, Arkansas, she said, her ballad collection and "everything else was gone." From then on, she raised her three other children by herself and earned a living as a nurse. She stayed busy gardening, sewing, quilting and reading, but her greatest solace and joy was her singing. She always sang without instrumental accompaniment in the old a cappella style of the Southern mountains. Some described her as "singing at the edge of her voice." Her singing was never rigidly rhythmic, but it always displayed a strong sense of pulse, which she frequently marked with her right hand as she sang.

As she got older, Riddle liked to be called "Granny." She knew hundreds of ballads, and in performance her retentive memory sometimes churned up yet another stunning song, generally in response to a particular set of circumstances or to an enthusiastic audience. She usually knew several versions of particular songs, but sang the one whose lyrics she liked the best. She preferred the old ballads, or narrative songs, many of which dated back to the Middle Ages. In addition, she knew countless religious hymns and elegant versions of classic children's songs, such as "Frog Went A-Courtin'" and "Go Tell Aunt Rhody."

Discography
Riddle, Almeda. Sounds of the South: A Musical Journey from the Georgia Sea Islands to the Mississippi Delta. Atlantic 782496-2 (4 CDs).