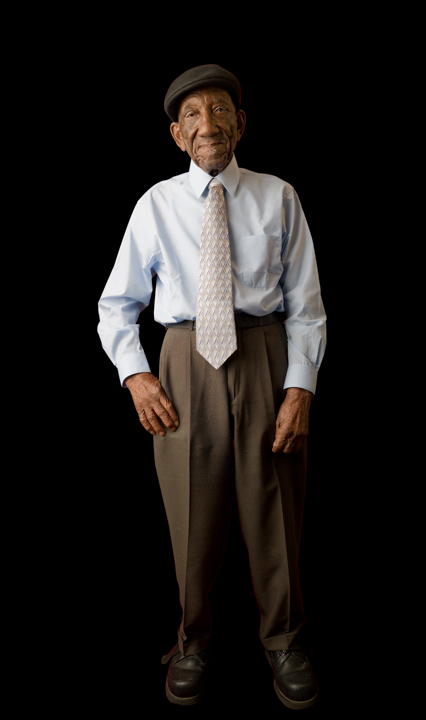 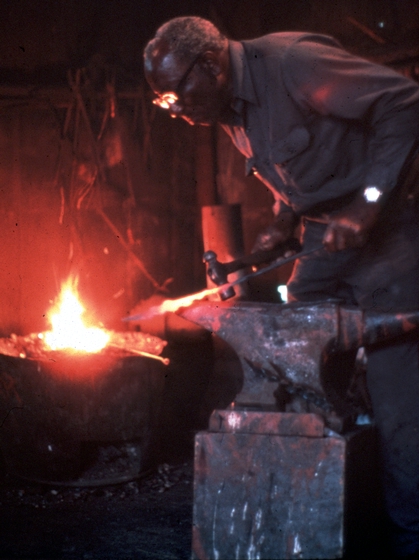 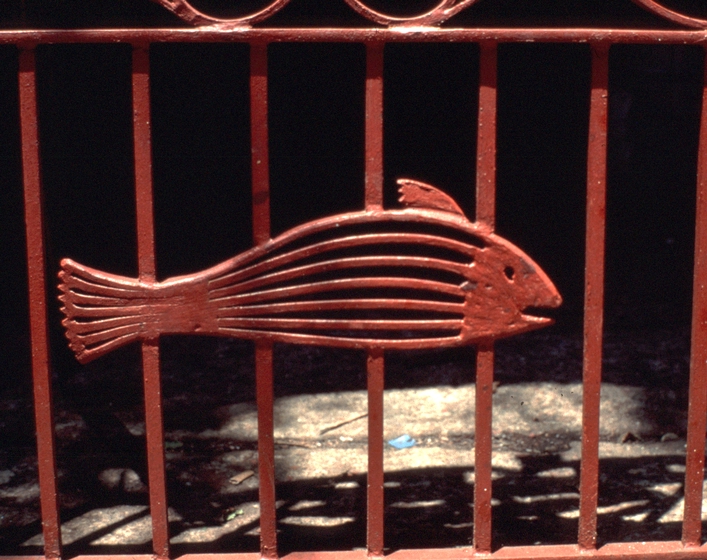 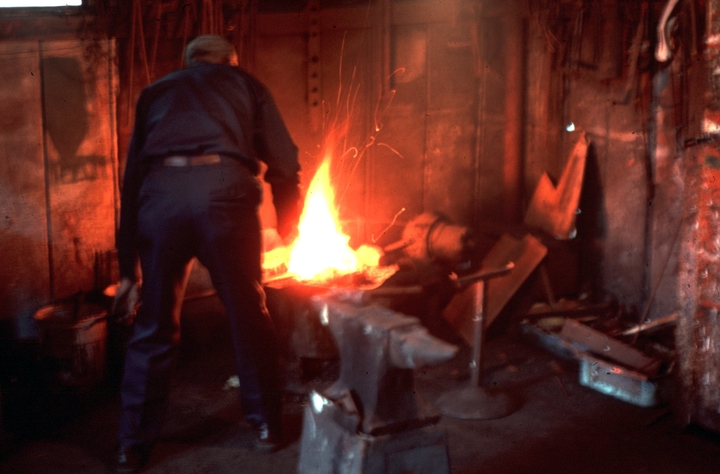 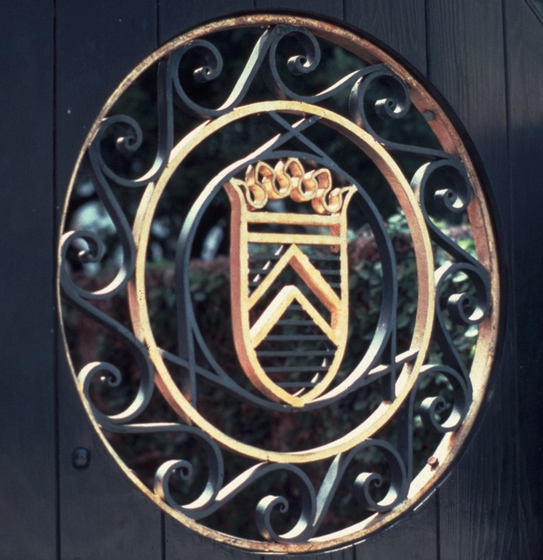 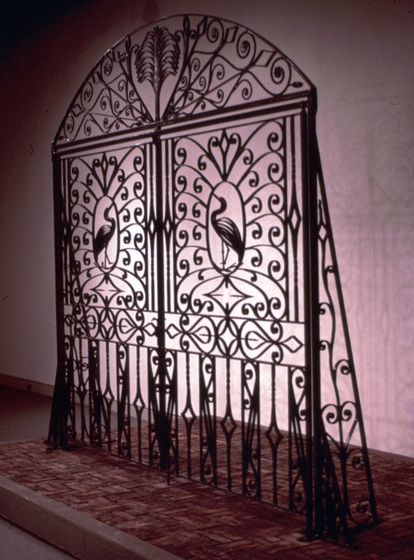 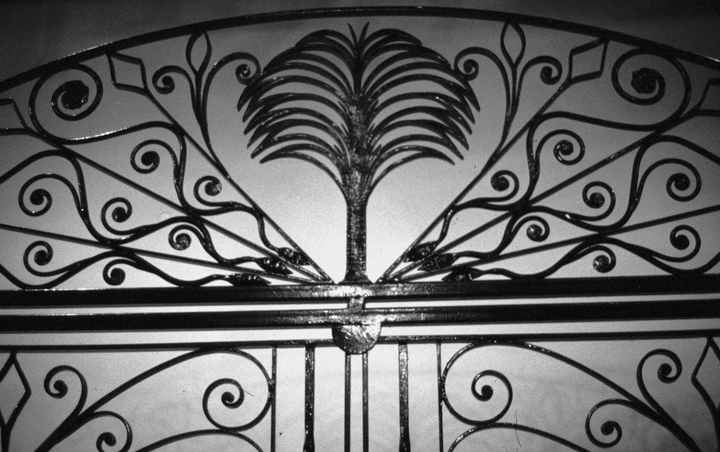 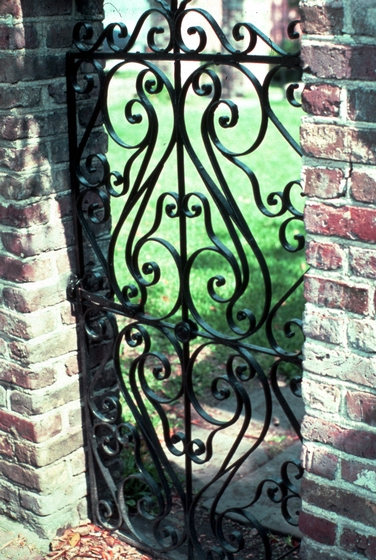 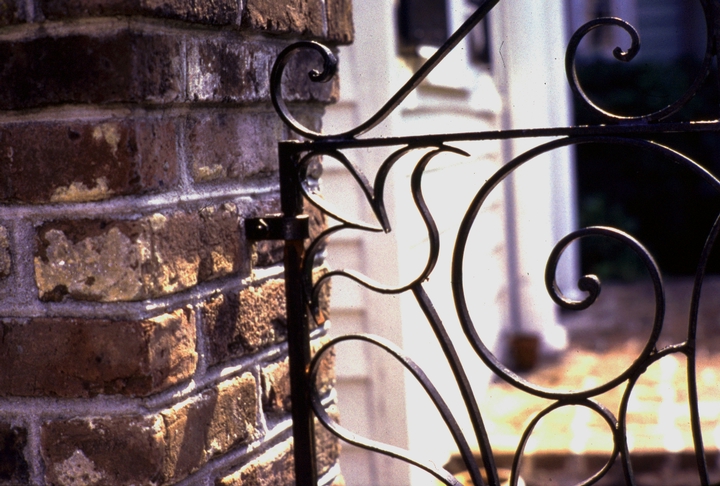 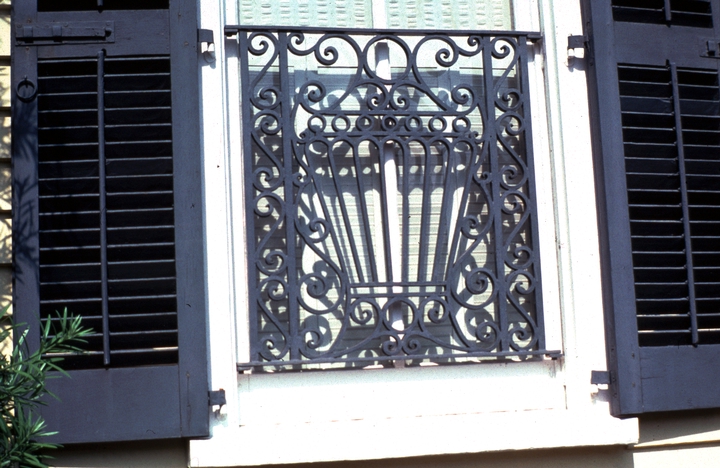 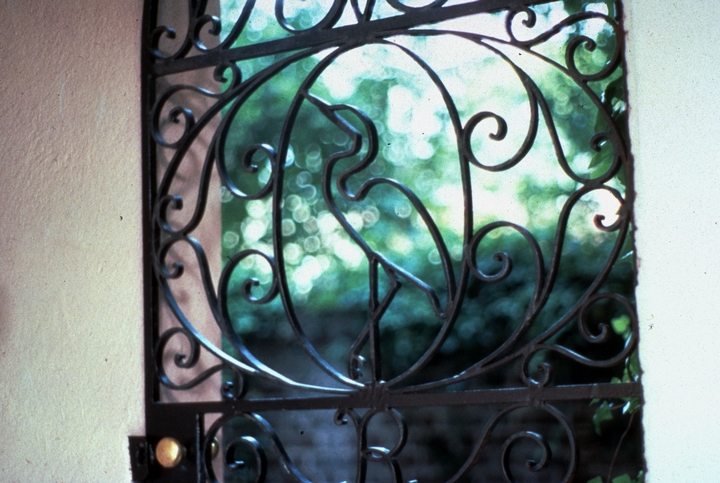 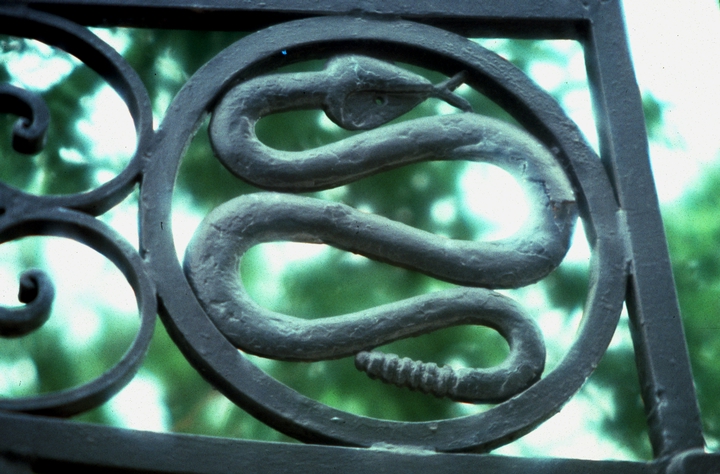 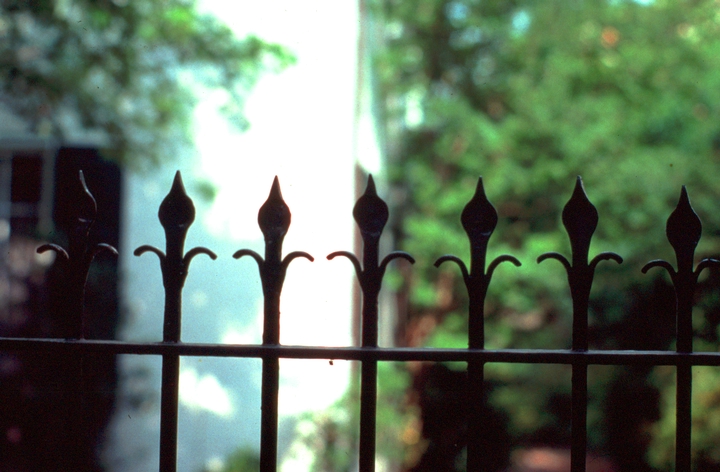 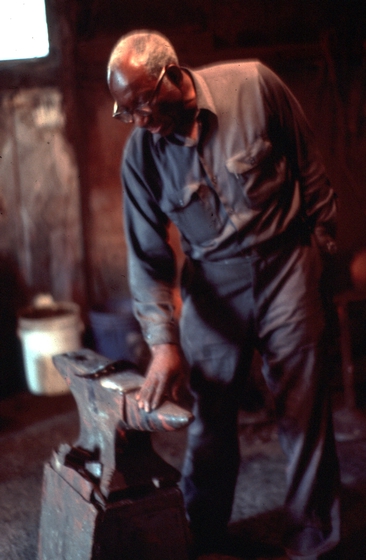 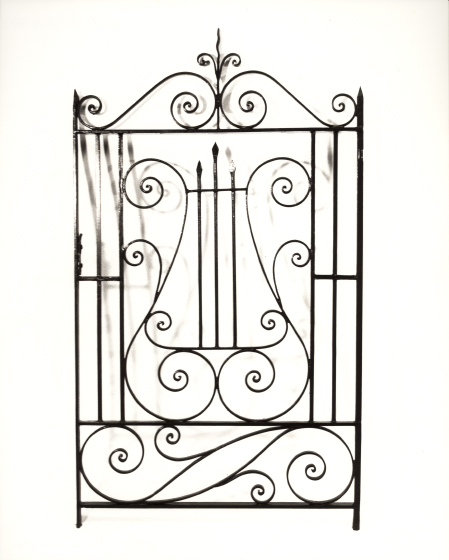 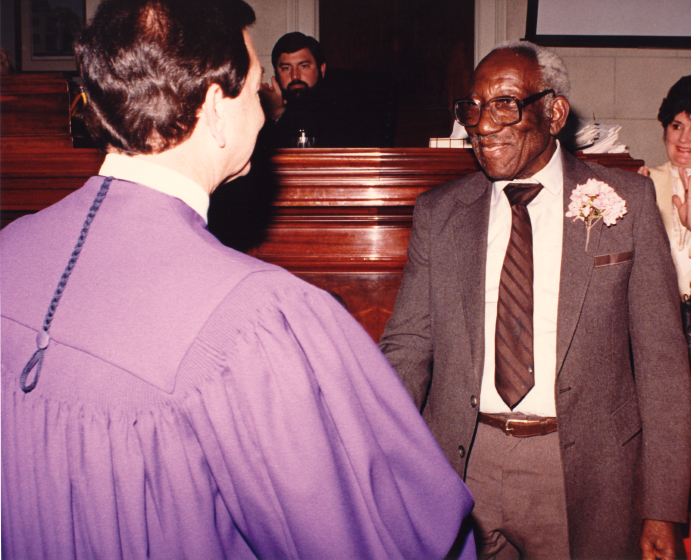 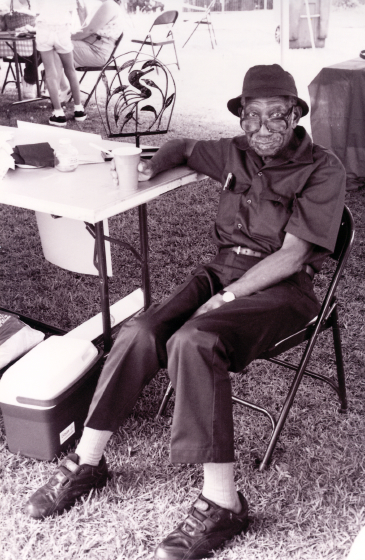 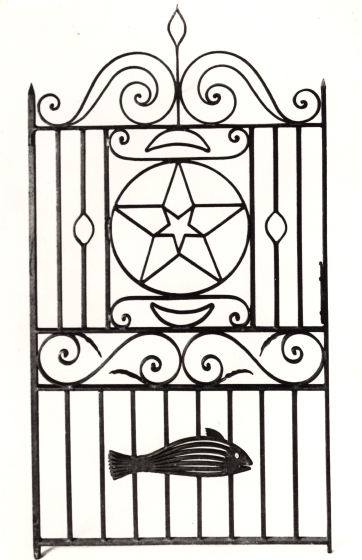 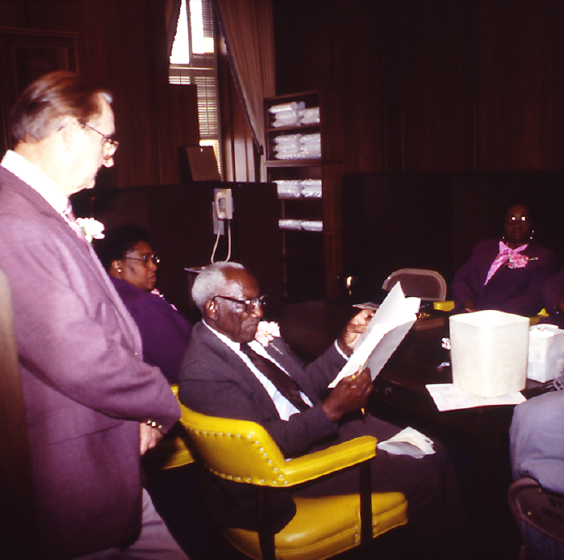 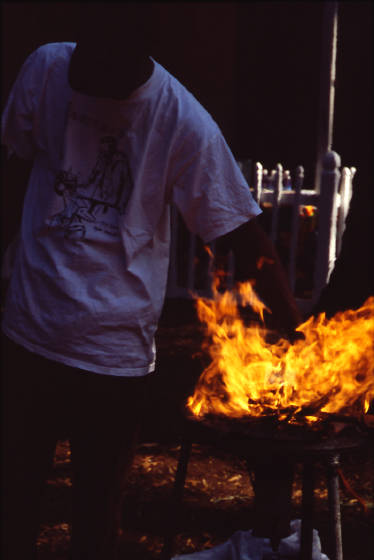 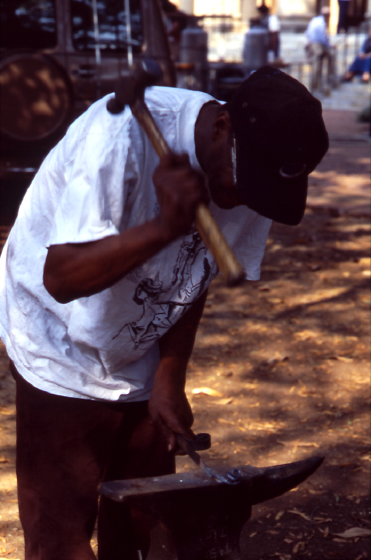 When Philip Simmons was 8 years old, he moved from his birthplace, Daniel Island, South Carolina, to Charleston to live with his mother, a domestic worker, and to attend school. Growing up, he earned pennies a day toting workers' lunch pails, shining shoes and selling newspapers. At the age of 13, he apprenticed himself to Peter Simmons (no relation), who had been born a slave in 1855 and had learned the trade from his father, Guy Simmons. Peter had a shop at the foot of Calhoun Street in Charleston, and from him Philip acquired the skills that sustained him throughout his long metalworking career.

"It was action what brought me to the shop," Philip Simmons said. "I liked to see sparks and the fire and hear the hammer ring." In 1930, he became a full-fledged blacksmith; Peter was ill, and Philip was left to mind the shop. While Peter was in the hospital, Philip repaired three huge metal tubs for the Johnson Coal Company and made his first blacksmith salary: "It was a raise from $4 a week to $17.50," he said. "That was real money."

In the late 1930s, Philip started to shift his attention from blacksmithing to creating decorative wrought iron, although he tended to call himself a "general blacksmith," meaning that he accepted the special tasks of the anglesmith, farrier, wheelwright, toolmaker and ornamental ironworker. "I could mash out a leaf the same as a horseshoe," he said. "They both got the same principle. An angle is an angle."

The first decorative piece that Philip made in Charleston is installed at 9 Stolls Alley, and it exemplifies the local style of ornamental wrought ironwork in the city. Crowned by an overthrow of spear points, it has S and C scrolls, two of the major motifs in the Charleston tradition. Beginning in the 1940s, Simmons was awarded countless contracts for decorative ironwork, including gates, fences, handrails, window grilles and balconies. All of his work combined historical elements with specific functional needs. "You have to stay with what they have," he said. "Otherwise it'll look bad. You see, it won't be right."

In some instances, Simmons used sculptural motifs. He made a pair of coiled rattlesnakes come alive by adding fangs and drilling holes for eyes -- an idea that came to him in a dream. For his "Star and Fish Gate," he created a fish from several curved pieces of iron to make it seem to swim. These gates were requested by his clients, but ultimately he had to draw upon his own imagination to bring them to fruition.

In 1991, his friends formed the nonprofit Philip Simmons Foundation to develop and maintain the garden commemorating his work on the grounds of his church, St. John's Reformed Episcopal, in downtown Charleston. Examples of his work have been acquired by the National Museum of American History, the Smithsonian Institution, the International Museum of Folk Art in Santa Fe, the Richland County Public Library in Columbia, South Carolina,and the Atlanta History Center.