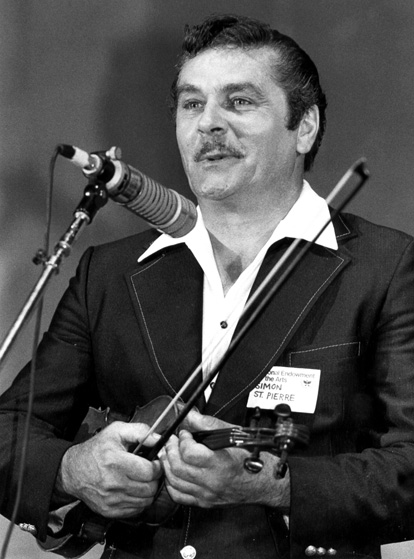 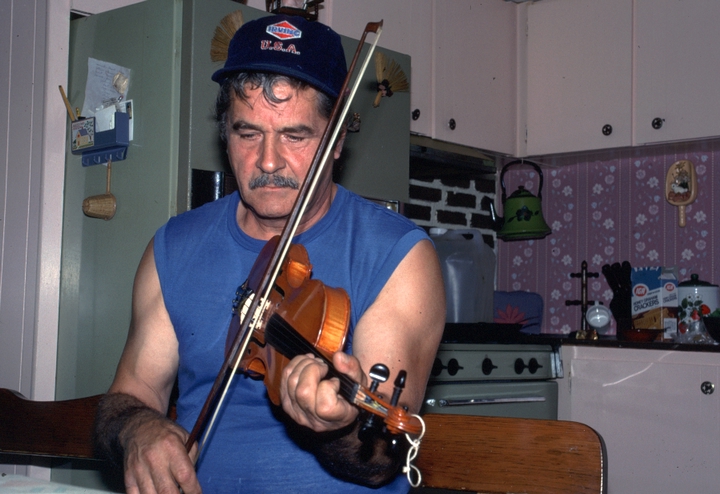 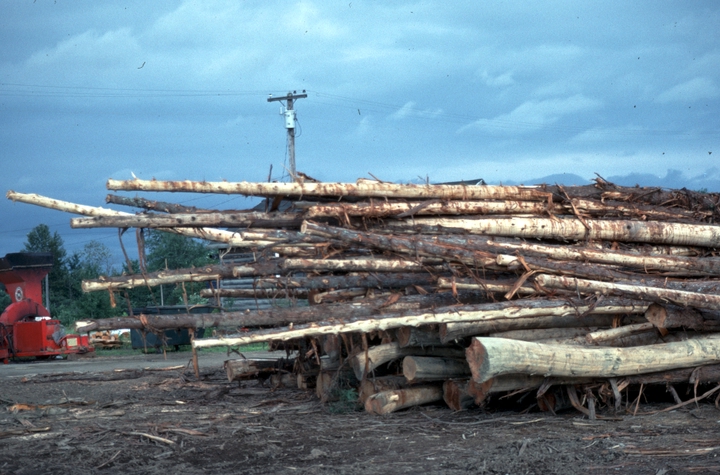 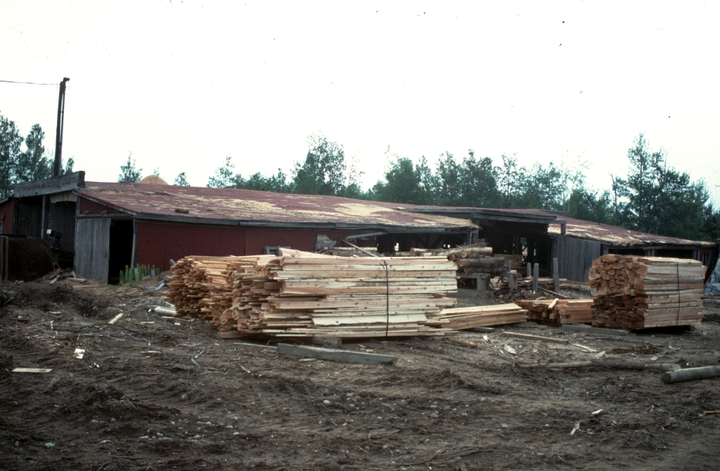 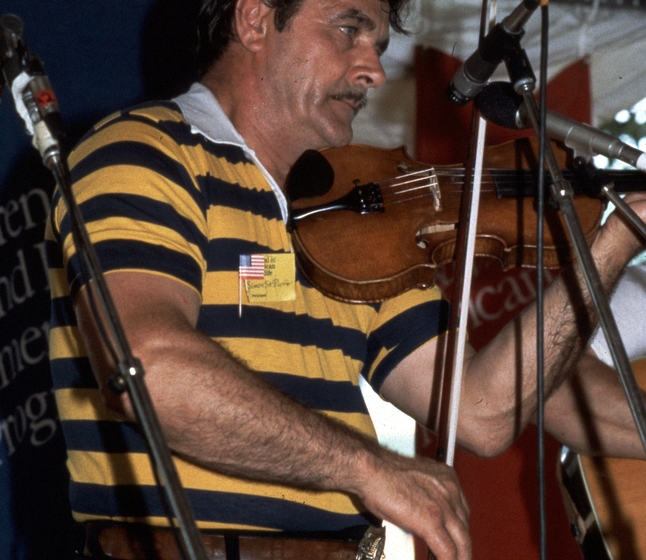 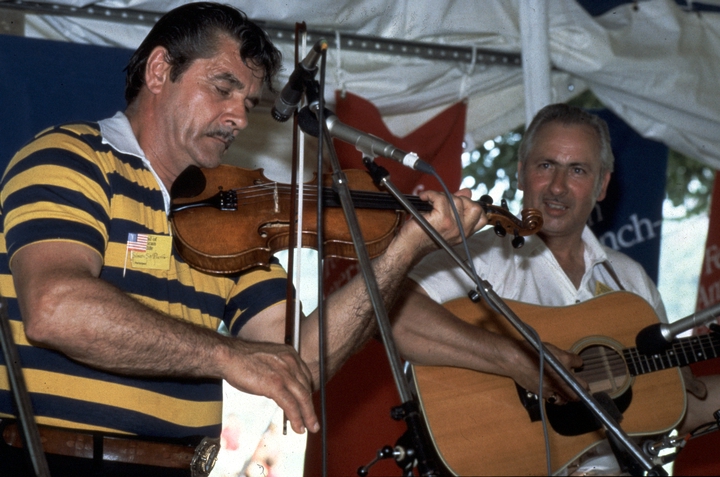 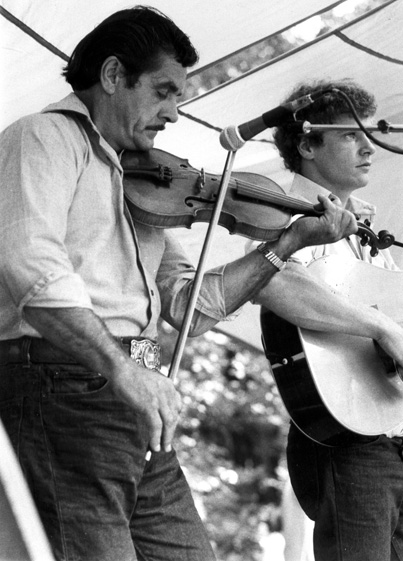 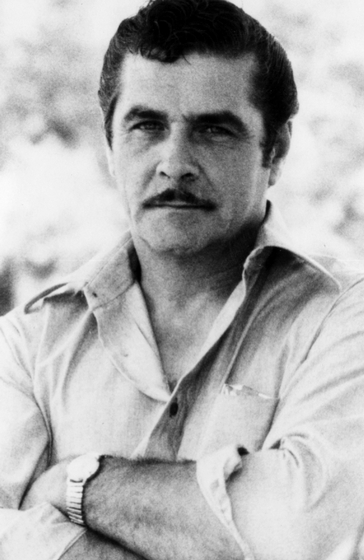 While growing up in Quebec, Simon St. Pierre liked to listen to his father and brother play the fiddle. "My father loved music with all his heart," he said, "but he never put much time to it. My father was not a great fiddler. He play a few tunes, but my older brother was real good. And I learn a lot from him. My older brother used to play a lot for square dances, weddings, and he play at home a lot. He was the oldest one, and I was the last one in the family. And he work outside in the woods, and he come every weekend, and when he play that fiddle, it make me so happy. I love it so much. I said to myself, 'I can't wait to get old enough, and when I got old enough I try it.'"

When he was about 15 years old, Simon started to play the fiddle, around the time he began working in the lumber camps and living in the bunkhouses in the northern woods. Music was a favorite pastime for the lumberjacks during the long winter nights, and every bunkhouse usually had at least one fiddler with a good repertoire. In the logging camps St. Pierre traded tunes with musicians from across eastern Canada. "A lot of them [tunes] have been passed on," he said, "some I learned from different parts of the country. Like people from Ontario, they play a little different music than Quebec and Nova Scotia. And I got it all mixed together. I'd like to be able to sing, but I can't."

St. Pierre married his wife, Liza, in 1952, and together they have worked as independent sawmill operators. He moved to Maine in 1957, "for the reason," he said, "there was no work up in Canada. I stayed in a lumber camp, and after a couple of years, I moved my family. I got a little portable sawmill. I cut some cedar fencing and stuff. I do custom sawing for a company. I make me living with that little sawmill."

In Maine, he continued to play the fiddle, performing sometimes at square dances and weddings, but also at festivals, where he was introduced to Irish music and bluegrass. He became particularly skilled in rendering old waltzes, reels and two-step dance melodies, accompanying many of his tunes with the intricate foot clogging, frapper du pied, commonly practiced by French Canadian fiddlers.

St. Pierre taught himself to make violins out of necessity. "I made my fiddle last winter [1990]. I had a good fiddle. I had a good violin somebody gave me quite a while ago, and somebody took it from me. It was in my pickup truck, and somebody took it. I not see it, but my fiddle went somewhere, anyway. So, I make me one last winter. I made with curly maple — the back and the sides, spruce for the top. I like to make fiddles. That's interesting. And it come out fairly decent, not like the one I had, but good enough."

Once St. Pierre gained a reputation at festivals in northern Maine, he was invited to tour, but he soon tired of the hard pace of traveling, and for several years he refused to play much in public. "I'm a working man," he said. "I work every day and when I come home, I'm tired. I don't like playing my fiddle. Sometimes on the weekend I play a little music. It's no fun to just play by yourself. You got to have somebody to play with you. Once in a while I play my tunes on the weekend. I'm really a happy man down here in that little corner of the wilderness. I love it."