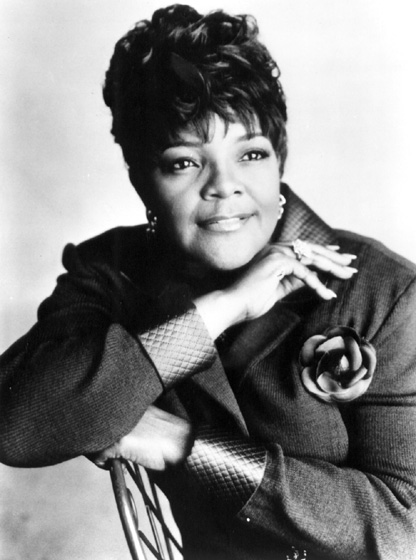 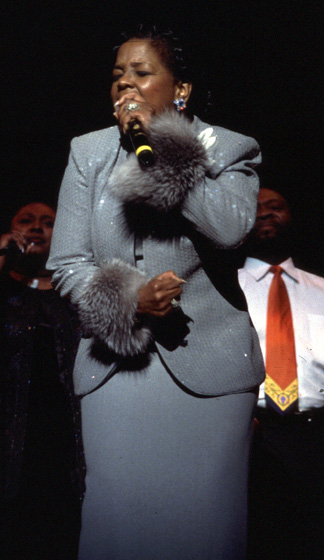 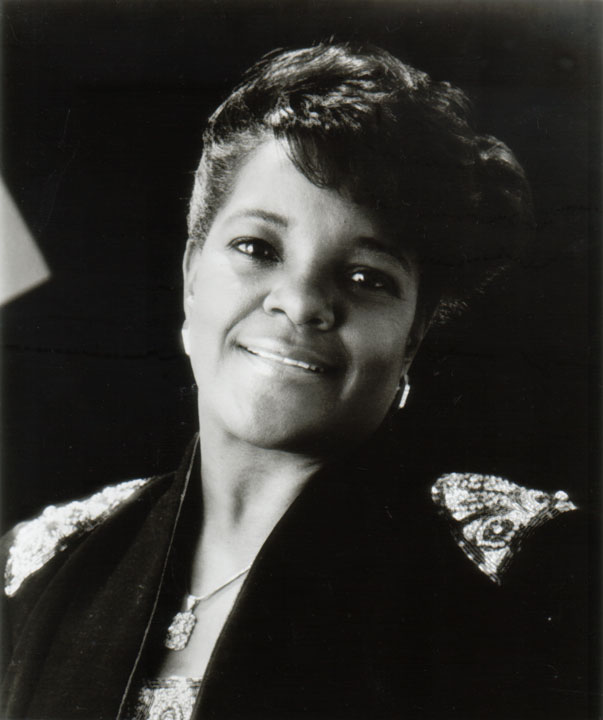 Shirley Caesar's father was the tenth of thirteen children in a Durham, North Carolina, family. Her father was a tobacco worker, a preacher and a gospel quartet singer, who, she recalled, instilled in her "the passion for music and the desire to achieve." He was known as "Big Jim" Caesar and was acclaimed as a great singer with the Just Come Four.

After the death of her father when she was 7 years old, she said, "I told the Lord, I may be fatherless but I'll go.... I didn't know about sin, but I was a fighter, always a fighter." To help support her siblings and her "invalid mother," she began singing in area churches, calling herself "Baby Shirley." In 1951, she made her first recordings for the Federal label. "From the age of 14 to 18, I was out on my own," she remembered. "I used to have to wait in bus terminals all night long, coming from my programs. My mother always allowed me to buy a cherry Coke and a hamburger. I'd sleep on the bus. Once I got home, Mama would have a baloney sandwich ready and she'd allow me 7 cents for milk. I'd give the rest to her, then I'd be off to school."

In 1956, Caesar enrolled in North Carolina State College, where she majored in business education. Two years later she left, with the permission of her mother, to join the Caravans, a ground-breaking gospel ensemble led by Albertina Walker. The Caravans were renowned for their innovative arrangements and musical dynamics.

In 1961, Caesar recorded the sermonette "Hallelujah 'Tis Done," which earned her a national reputation. She became a preacher and evangelist and began to support herself with revivals when the Caravans went on vacation. In time, she developed her own distinctive style as a gospel singer, shouting and accompanying herself on tambourine, singing with an intense nasality and achieving unique rhythmic effects by squalling "yeahs" and repeating consonants, such as "running in the midmidmid midmid midnight hour."

In the early 1960s, tensions developed among the members of the Caravans, and in 1961, Caesar left the group and devoted herself full-time to evangelical work. "There was no need for me to keep disappointing people," she said. "The Lord called me out.... My ministry's much more dynamic than my singing." Later, she founded her own gospel group, called The Shirley Caesar Singers, to augment and complement her preaching.

To fulfill her calling as a pastor, Caesar established the Mount Calvary Word of Faith Church in Durham, and to help the needy in her community she founded the Shirley Caesar Outreach Ministries. In 1984, she married Bishop Harold I. Williams. (He died in 2014.) In the 1990s, Caesar was dubbed the "First Lady of Gospel." She has received numerous Grammy, Stellar and Dove awards, but her commitment to her church remains paramount. Of her call to the ministry, she said, "I am called to be a preacher-evangelist first, and a singer second."

Shirley Caesar answers the question "How'd you get started as a singer?" Interview by Alan Govenar

Shirley Caesar answers the question "How is your music unlike your dad's music?" Washington, D.C., 1999, interview by Alan Govenar

Shirley Caesar answers the question "What do you feel is the importance of your music?" Washington, D.C., 1999, interview by Alan Govenar