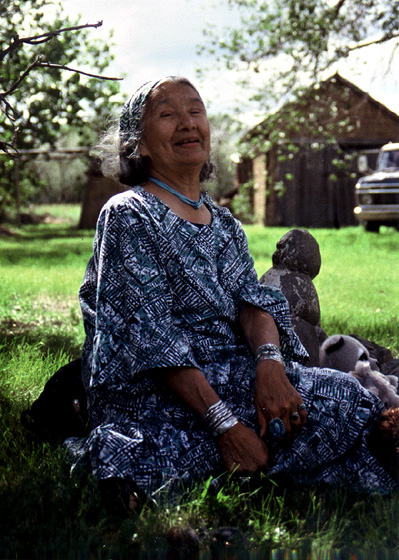 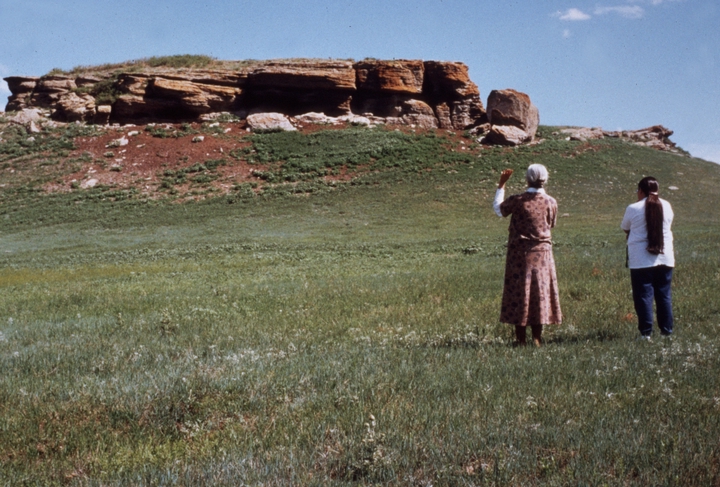 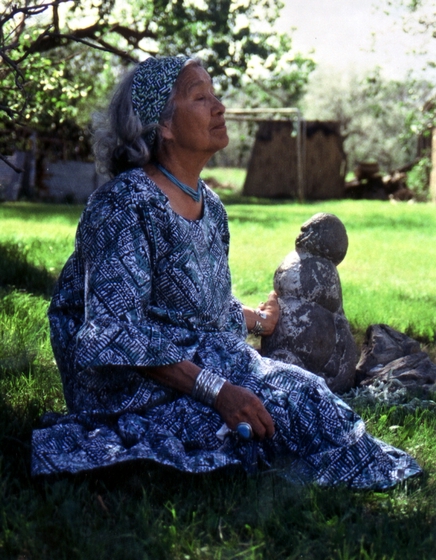 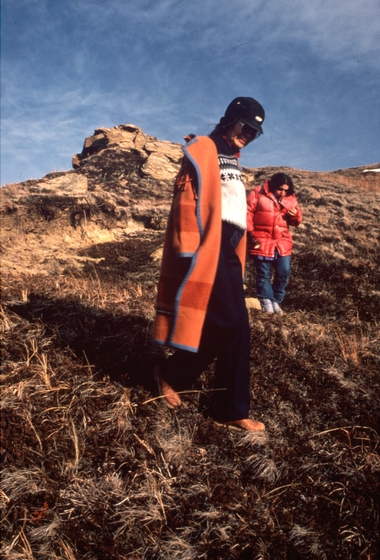 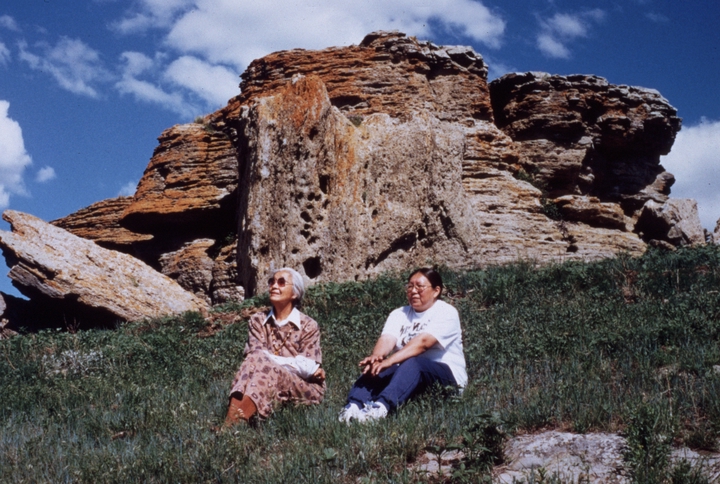 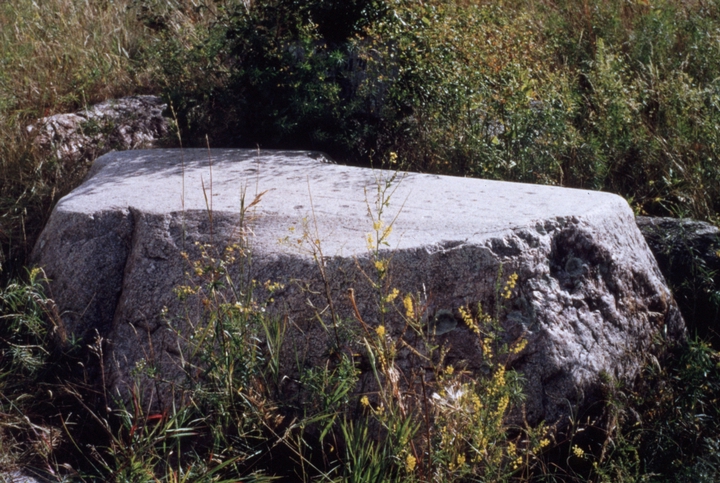 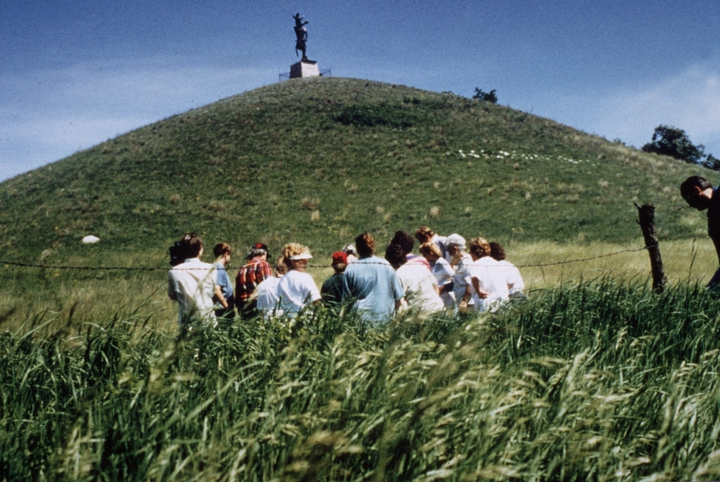 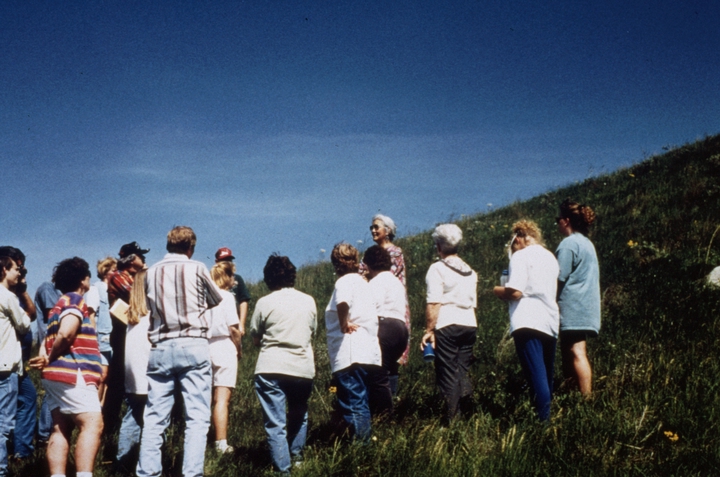 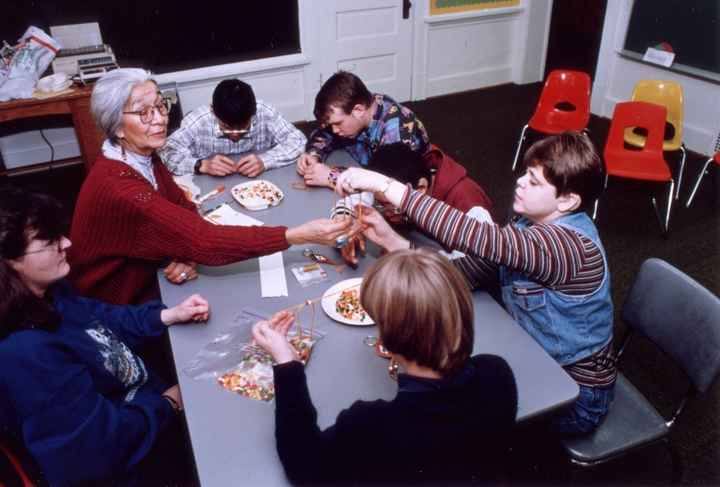 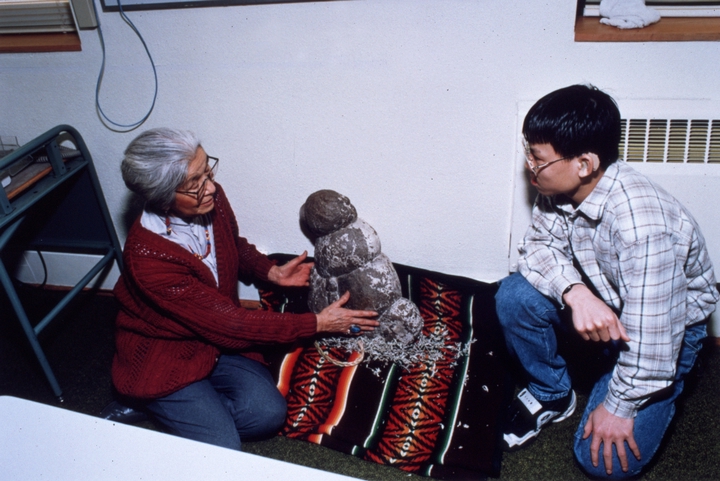 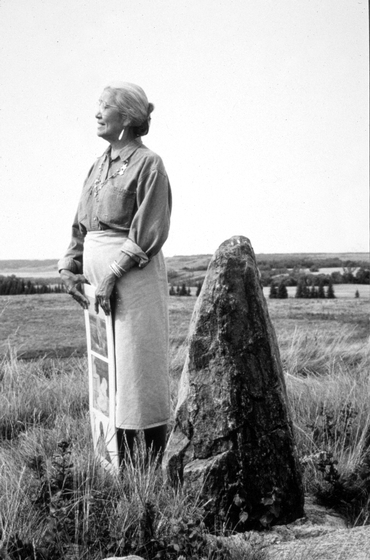 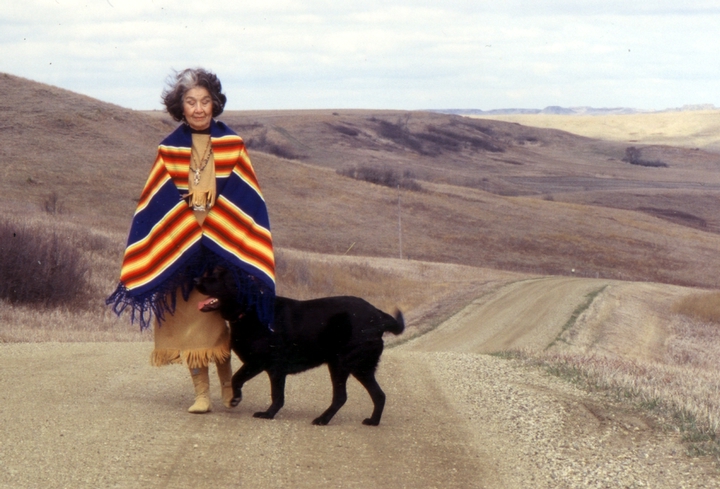 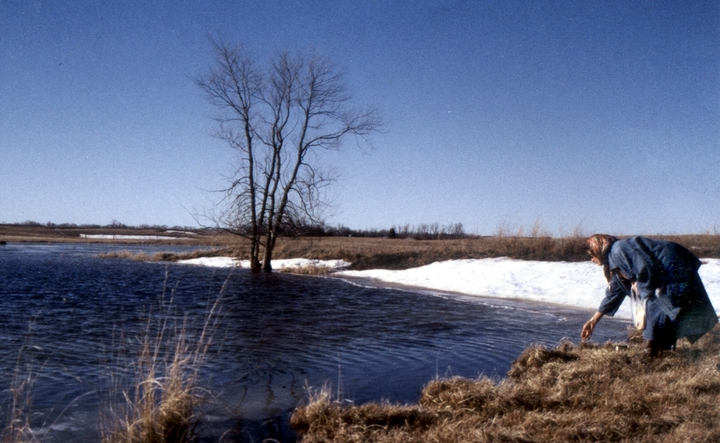 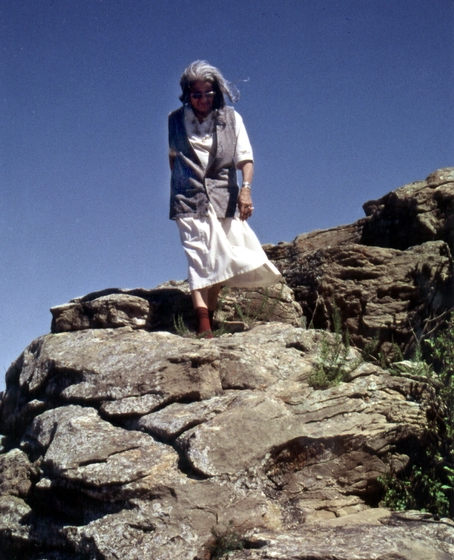 Mary Louise Defender-Wilson was born near the rural town of Shields, North Dakota, where she now lives on the Standing Rock (Sioux) Indian Reservation. She is primarily Dakotah Sioux, though a grandmother was Hidatsa. Her tribal name is Wagmuhawin -- Gourd Woman.

Defender-Wilson was born into a family of storytellers. The first story she remembers hearing was the tale of how the Dakotah culture hero Stone Boy was tricked out of his fancy clothes by Unktomi (Spider Man), a trickster figure. By the time she was in fifth grade, she was telling stories to her classmates. "Sometimes I got off the beaten path, but everyone laughed, especially at the Spider Man stories," she recalled.

"We lived in the country, away from town," she said. "At that time, we had no cars, but people still always came to visit. They traveled by wagon carrying their dishes and bedding with them, and they would be invited to spend the night. Stories were told then, according to the season."

The stories taught that people came to Earth in animal form and had a lot to learn in order to live in harmony with others. Many stories also related to the land. "We lived by gardening and as sheep herders," she said. "We would follow along with the Old Ones and the dogs who tended the sheep. We could walk all over the land. There were no fences, and Grandfather would tell us about the rock formations, hills, streams and buttes we came across." Double Woman Hill west of Shields, for instance, takes its name from a mythical being who appears in dreams and is linked to artistry, design, and industriousness.

Defender-Wilson's personal story is as compelling as the traditional tales she tells. A tall, physically attractive woman, she was once named Miss Indian America. She held administrative jobs with Indian-related government agencies and struggled with the issue of her identity. In 1976, she returned to the reservation, having realized that forcing herself to assimilate into white culture would be a form of suicide. For several years in the 1980s, she taught tribal culture and language at Fort Yates Community College.

She has taught Dakotah storytelling through the North Dakota Council on the Arts Traditional Arts Apprenticeship Program, given lecture demonstrations throughout the region and educated teachers in Dakotah-Hidatsa storytelling and culture. She has produced a radio program to teach the Siouan language and to promote the intellectual value of traditional knowledge.

Defender-Wilson has been widely recognized for her accomplishments, serving as a board member for Arts Midwest, the North Dakota Council on the Arts, and the North Dakota Centennial Commission. For her, though, the reward is not the public recognition but knowing the value of her stories and teaching them to others. "The entire life I've come through so far with our stories has helped me relate to, communicate with, and respect other people because I relate to, communicate with, and respect my own culture." The power of stories, she said, illustrates that "history is always there- - you're standing there dragging all these things behind you."

Mary Louise Defender Wilson and Francis Cree, 'The Woman Who Turned Herself to Stone,' The Elders Speak, 1999, Makoché Music