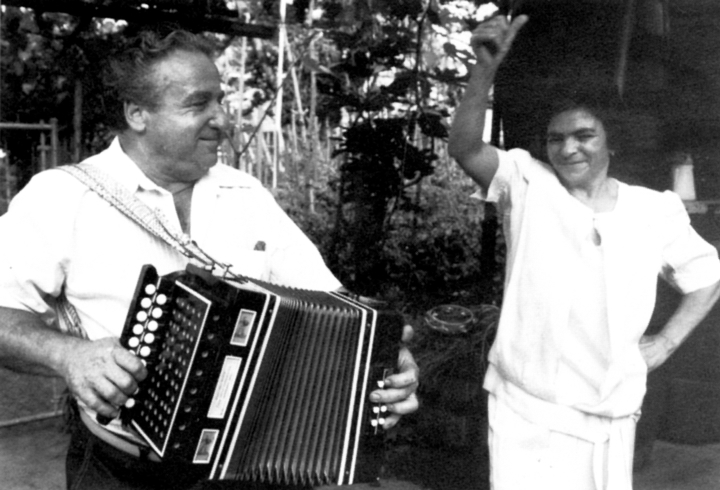 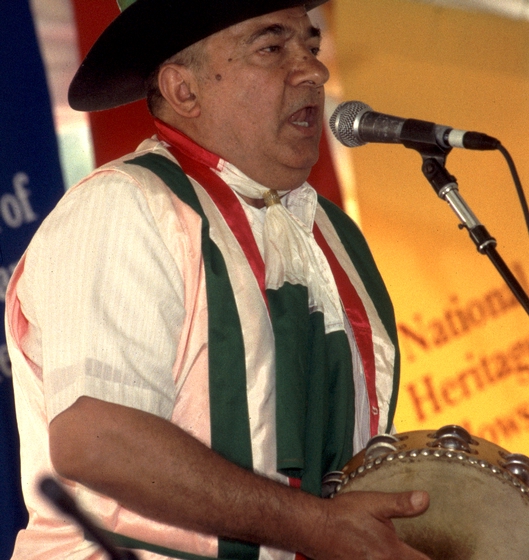 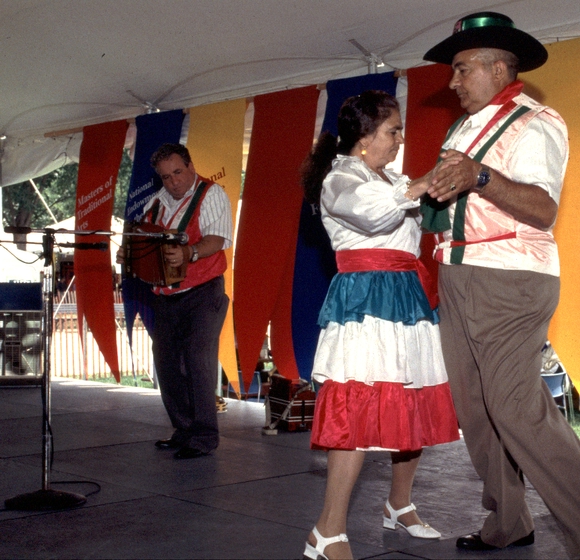 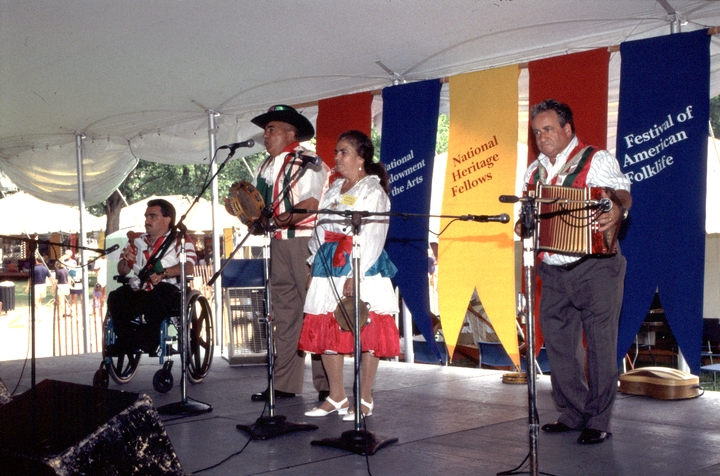 Giuseppe and Raffaela DeFranco grew up in the mountain town of Acri, in the Cosenza Province in Calabria, the southernmost region of continental Italy. Giuseppe began working as a shepherd at the age of 8 and taught his pet goat, Sisina, to dance to the music of the cane flutes he made and decorated. Later, he learned the chitarra battente (rhythm guitar), with which he serenaded Raffaela, and although he does not consider himself a singer, he composed several very moving love songs while they were courting. Today, he is a master of the organetto, a small button accordion popular in southern Italy; sometimes he dances the tarantella with Raffaela while simultaneously playing the organetto. He also plays the ciaramella, or wooden oboe, as well as the zampogna, a wooden percussive instrument, and the harmonica. The DeFrancos have often been joined in concert by their long-time friend Franco Cofone, an excellent tambourine player and singer.

Raffaela grew up during a time when there was no schooling for children in the rural areas of Calabria. Her parents believed that a woman's place was at home. Nevertheless, she took outside work to earn her keep and to save up for her trousseau (corredo) and marriage portion. She began singing as a girl, and as she matured she developed an extensive repertoire of serenades, tarantella verses, religious songs, love songs and lullabies. She sings in the high-pitched, throaty voice typical of southern Italy; she is also proficient in the villanella, the Calabrian choral singing style, and knows several of the special vocal parts and many beautiful texts and tunes. Her music was heavily influenced by the Albanian women from nearby villages whose songs she heard when she went out to do day labor in the olive groves and wheat fields. A tarantella verse from Raffaela's enormous repertoire says:

Over the years Giuseppe has worked in a variety of trades to support his family; he has been a brickmaker, bricklayer, barber and plumber. In the 1960s, after laboring as a "guest worker" in German mines and factories, Giuseppe immigrated to the United States. In 1968, he brought his wife and children to America and settled in Belleville, New Jersey, near many of their relatives and neighbors from Italy.

Perhaps the most important feature of the DeFrancos is their self-conscious and dedicated devotion to their traditions. They believe in the vitality and the all-around virtues of their music and dance; they engage in every possible opportunity to advance their cause, despite the disapproval of more assimilated people in the Italian American community. The DeFrancos often perform with Calabria Bella, a group of Calabrian musicians from Rhode Island, in addition to actively seeking other traditional Italian American artists and encouraging them to remember and share their traditional culture, regardless of their region of origin.